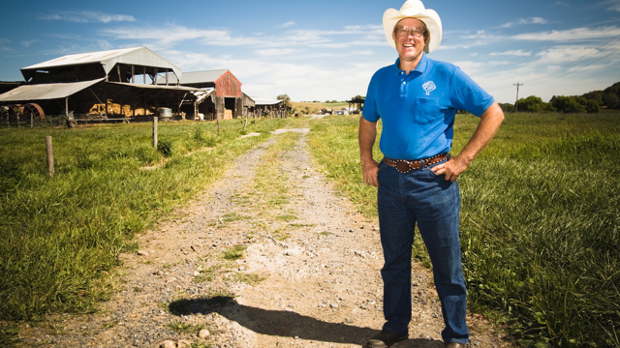 by Brandon Harris
in Directing, Directors, Filmmaking, Interviews
on Apr 11, 2013

Even in the heart of the Midwest, where driving past rural pastures dotted with cows is not uncommon, I rarely thought of where my food came from. How often as a child or young adult, chomping on a spicy chicken sandwich from Wendy’s or slurping up Cincinnati-style chili at my mother’s dining room table, was I confronted intellectually with the fragility and inhumanity of our modern food production system, especially when it comes to the most popular proteins in the American diet, beef and chicken? I doubt a meal went by that wouldn’t cause my older self anxiety. It’s almost shameful to recollect; certainly food didn’t magically appear from the ether. Despite the close proximity to actual farmland, like most urbanites, I took it all for granted. In the era before the maturation of the slow food movement, when Michael Pollan wasn’t a best selling author and the Kroger’s in working class Norwood, Ohio didn’t sell organic cabbage, how food reached my table and what had been done to it in the process just didn’t seem that important.

Graham Meriwether’s American Meat is a film I wish I had seen then. It’s a valuable primer on the ways in which industrial food production is both essential (we couldn’t feed a population growing as fast as ours without it) and in dire need of change. While Meriwether’s film covers similar territory as other entries in the emergent “our food is under siege” genre (Morgan Spurlock’s Super Size Me and Robert Kenner’s Food Inc. being primary examples), American Meat is less of an alarm bell than the others; its interest lies more in how a sustainable and healthy food culture can be erected. Candid profiles of farmers who are on various points of the spectrum between boutique organic and CAFO operating extremes are juxtaposed with animated sequences which give the viewer a sense of just how profoundly food production has changed in the past half century. One of Food Inc.‘s most compelling talking heads, Polyface Farms’ Joel Salatin, steals the show as a colorful evangelist for the type of back-to-basics, non-industrial scale farming which many fear could never feed a nation of 300 million, let alone a world of seven billion humans. 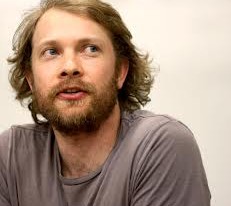 Filmmaker: How did your personal interest in these issues begin and how did this film grow out of those concerns? Also, how has making the film reshaped your beliefs? Did you begin as someone who was merely curious or has the process of making the film made you a more strident advocate for the type of farming that someone like Joel Salatin is practicing?

Meriwether: When I first started production on the film I was very excited about the alternative movement, but I didn’t understand much about agriculture at all. I still don’t understand much about agriculture, but I know more than I did then. At the beginning I had the bright-eyed, bushy-tailed excitement that goes along with starting anything for the first time. We went out to Polyface and we filmed and it was truly transformative. Then I got to film with a bunch of conventional farmers, the guys you see profiled in the first third of the film, like Sam Talley and Chuck Wirtz, and that really changed my perspective. Before that I thought that there was this evil agriculture that was happening where animals were being beaten, the sort of horrifying thing that you see when you type factory farming into the YouTube search engine. After I spent some time with those farmers and filmed on those farms, I realized that they aren’t bad people, that they’re not trying to hurt animals. The system itself is flawed but within it are good people who are just trying to do what they have to do to pay the bills. Since I’ve started filming I’ve taken a more moderate approach because I feel like I’ve seen more perspectives and hopefully learned from that.

Filmmaker: How long did the process take from the point when you decided to embark upon the project until you had all your footage in the can, and how did what the film was ostensibly about change during that process? I imagine many of your initial conceptions of the project evolved during this time?

Meriwether: We hit the record button for the first time in March of 2007 and we finished production of the film in the summer of 2011. Initially I imagined that I was going to make a vérité art film where I was going to spend a year at Polyface just filming the seasons and the natural interaction between Joel, Daniel and their family with the animals. Then I sort of had a realization in 2008 when Memo Salazar, our writer and editor, joined the team. He didn’t feel we had enough footage for a vérité film and we both decided that if we were going to communicate what is happening in our nation’s agriculture, it was going to hard to do in a vérité art film. Those are truly wonderful pieces of art but it’s often not the best way to communicate a lot of complicated things in a short amount of time. [laughs] So we decided to get a lot more perspective and go out and film other farmers. We ended up with macroscopic narrated documentary that is sort of educational in nature that tries to cover a lot of ground about chicken, hog and cow production. What we initially set out to do and what we ultimately did are totally different things.

Filmmaker: Wow. That’s quite a conceptual and aesthetic change of direction mid production.

Meriwether: I’m more of a pragmatist than an artist. [laughs] My main goal is to affect change through the stories that we tell. I’m willing to sacrifice the artistic purity of something or the artistic quality of something if that means that we’ll be able to reach or educate more people more effectively. This is a film that we’ve been using as an educational tool and I think one reason it works in those settings is that it is a film that you could show some one and they will be able to learn a decent amount about agriculture, about how farms works and why some farms are facing these various challenges. We made a decision and just like any decision there’s a trade off. There will be upsides and downsides to anything you decide to do. For us there were more upsides in narrating and being didactic than there were in have a perhaps more nuanced verite approach.

Filmmaker: Once you got to post, was there stuff that you wanted to use initially but because of how the film’s aesthetic concept had evolved you couldn’t use? Was there other footage that was suddenly more important given that shift?

Meriwether: We had a lot of amazing people that got left on the cutting room floor. The hardest thing was editing Joel Salatin. He’s so charismatic and passionate. We had so many different ways in which we could have used him in the film. At one point we had a cut where we started the film with a three-minute rant from Joel that should be absolutely legendary. I really wanted it to be in the film but we showed it to a number of different test audiences and we had a lot of internal discussions about it and we discovered that it alienated a lot of people. The people that liked it loved it but the people that didn’t like it really didn’t like it and probably would have stopped watching the film, as it would have colored their perspective on everything that followed. Editing Joel is very difficult because he doesn’t edit himself, he’s so passionate about so many different topics that we could cut an entire other film with all the footage we have of Joel. So that was the most challenging thing.

One really cool thing that we’re doing is that we’re taking all of the stories that didn’t make it into the film and we’re cutting 50 two- or three-minute videos and posting those online. We’ve been releasing one a week for the last 10 weeks and we’re going to release 40 more fresh videos that didn’t make it into the film but are interesting nonetheless can be seen. It feels nice because all that money and energy that we put into shooting the film, none of that will go to waste. It’s like a special, curated series of DVD extras available to everyone.

Filmmaker: The current system of industrial agriculture is so entrenched and so powerful. Is affecting significant change possible? If so, what will it take beyond films like yours to affect the kind of change you’d like to see?

Meriwether: I think there is a fundamental shift that is happening in our country’s agriculture. So often in our day-to-day lives, even if we’re just thinking about a system that is large and already in place, it’s always very difficult to think about that system changing and yet every generation almost every significant system in modern life undergoes drastic changes. The same is true with agriculture. Our grandparents wouldn’t recognize today’s agriculture. When the young people of today are grandparents, they won’t recognize the agriculture of that time. There is a huge shift that is happening and it’s being driven by energy costs. When you look at the price of oil going up every single year, for example. 2008 is going to be a microcosm for what’s going to happen in the future. It went up to $147 per barrel. You had the largest producer of chicken in the country file for bankruptcy and the largest producer of pork contract by 20%. What Russia and China decided, being the largest importers of U.S. meat, to start ramping up their domestic production. That would mean that they would save a lot of money because they wouldn’t have to pay for all the transportation of that meat to their countries and it gives their populace more work and more food security.

I think you’re going to see a shift towards more local food systems in the next 15 or 20 years because it just makes economic sense as energy prices continue to climb. You’re going to see it change for those reasons, not for moral or ecological reasons.