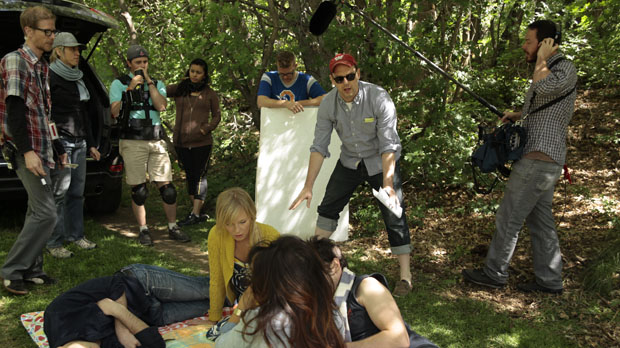 by Russell Harbaugh
in Directing, Filmmaking
on Jun 20, 2013

Writer/director Russell Harbaugh is currently at the Sundance Directors Lab this month with his feature version of Rolling on the Floor Laughing, his short which premiered at the Sundance Film Festival 2012. (You can watch the short below.) The following is what Harbaugh wrote about his experiences at the Lab.

Another round of advisors arrived to the mountain yesterday, Sunday, our “off” day, and now it’s Monday — Monday night — and our third week of production has begun and I’m feeling that feeling of, like, oh no, they are going to know. They are going to know. Someone in this new batch — Pablo Larrain! Kathryn Bigelow! Josh Marston! — is going to reveal, finally and irrevocably, that I don’t know what the hell I’m doing and that this is all a mistake and that I should go home, go back to waiting tables, go back to playing artist in the safe privacy of my apartment. I’m tired. I’m beat up. I feel incredibly, ridiculously grateful.

I’ve shot four scenes here at the labs and my final one is tomorrow. Things are happening at a rate faster than I can catch up to them, pin them down, study them. I described the feeling recently as spending the day in a washing machine and then, like, popping up at the end of the day all dripping wet and dizzy and catching, across the way, someone else popping up out of their washing machine and we, like, wave at each other before dropping back down and disappearing again. It’s a delirious ride, being here.

Insecurity may roar, though it is quickly subsumed by the moment, the moments, firing at you in a rapid pace. Reactions are a relief. It is a relief to find myself on set with ideas, making decisions. Shaping things. Being an artist. I think being interested in movies and moviemaking can often feel pretend; I’m embarrassed when someone asks what I do. It can seem like such a performance, a lie: “I’m a filmmaker.” But here, for this month, it’s the truth. It’s intensely the truth. Aside from the playful summer camp gossip, I don’t remember my last conversation that wasn’t about the work. What’s the scene about, why is it necessary, how will you photograph it, how are you blocking it? Why? Why? 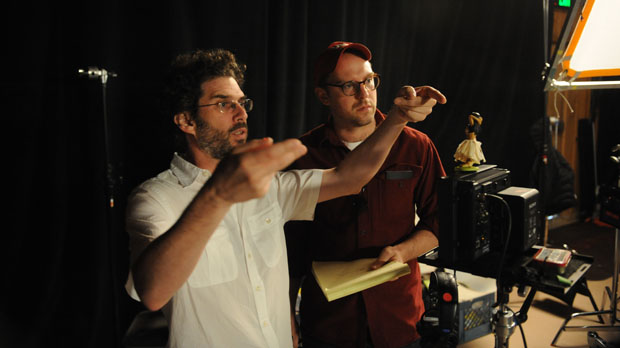 I fall asleep thinking of my family, who I’ve stolen this movie from. My father, who died seven years ago this week, a retired stage director for a state college. My brother, an ascending New York book editor, who together with his wife offered me their office as a bedroom while I struggled through a summer of romantic failure. My mother, our family’s artist-in-residence, a costume designer and gourmet food hobbyist, she who buried deeply the seeds of curiosity, of looking and feeling. They would all be proud.

In a week, I’ll travel home. I’ll stop for five days in Indiana, where I’m from. By the 4th, I’ll be back in New York, back at the restaurant should they re-hire me, back in a shared apartment in Harlem, back to the familiar routine. But tomorrow, I have one more scene to shoot. One final opportunity to engage with the art form that is all too often beyond my reach. I am terrified. But in the best of ways.