Co-Directing and the Exhaustion of the Indie Filmmaker: The Making of AfterDeath (Part 3) 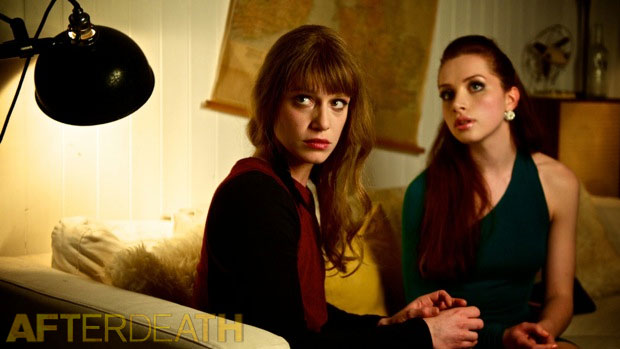 by Michael Murie
in Directors, Interviews, Production
on Nov 11, 2013

In parts I & II of our interview with Gez Medinger, the co-director of AfterDeath, we covered finding the story, script development, and the difficulties of finding locations and cast.

In this final part of the interview, Medinger talks about co-directing a feature, offers some advice for first time filmmakers, and attempts to explain what it’s really like to make your first movie.

The film is currently in post-production, and is expected to be released in early 2014.

Filmmaker: You and Robin Schmidt are co-directors on the movie. How does that work?

Medinger: Robin and I have both directed a lot of things solo, but we started directing music videos together several years ago and found that the relationship worked incredibly well. I think it comes from two places; one is that we have a very good and close relationship, having been best friends for so long, and we have a shared sense of what we like. When you’re working together I think it’s absolutely critical that you both respond to the same thing, that you both think the same things are good.

We also have quite a complementary skill set. Whilst both of us are capable of doing any of it ourselves, there are still strengths in different areas that we feel we can achieve more together than either of us might individually.

Filmmaker: Is there a clear break down of who does what?

Medinger: It’s kind of fluid. On AfterDeath there was a clearer breakdown than there have been on other projects. It was one of the great things that there were two of us because the schedule was so compressed that we didn’t have time to do all the prep. By the time we had a shooting script we were only two or three weeks off production, so we split the prep; I went through the script making, all the directors’ notes in terms of subtext, performance, turning points, breakdowns of scenes, all the stuff you need on the day in terms of performance. Robin went through and looked at how we were going to shoot it — everything from shots, to blocking and staging. 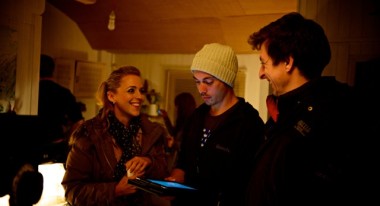 That same breakdown of responsibility carried through to the production. After a take we’d have a little ten-second confab on how we felt about what happened in the take. One of us would then talk to the actors so it was coming from a joint place of both of us thinking the same thing, but the actors weren’t getting mixed messages.

Filmmaker: Any advice for the first-time filmmaker?

Medinger: Obviously there’s a percentage of your readership who want to make a film and haven’t gotten to that point yet, and for 99.95% of my life I was that person. It’s only in the last few months that I have got to the place where I have managed to take that step.

The one piece of advice I might give would be to say that passion projects – the ones that you dream of making as your first film – are great, but they are dangerous. There is every chance that the project is not inherently commercial and as a result you’ll find it difficult to get the money to get the project off the ground.

The one thing that ultimately meant that I went from being someone who hadn’t made a film to someone who has made a film was the realization that it wasn’t about chasing the passion projects. It’s about being really smart about identifying what would work with the market, would find an audience and serve the goal of making another film on the back of it, with the resources that were available. Rather than saying: “Here’s my film, how do I make it?” it was actually about “I know how I can make a film, now what film can I make?” It’s about reversing the process and that, I think, was absolutely key to making the film.

Medinger: It sounds cynical, like you’re just going to turn out some “cookie cutter by the numbers” [movie] and you could do that, but there’s absolutely no reason why you have to. Sometimes practical restrictions actually force you to be more creative. It doesn’t mean that it can’t be good, can’t be creative, and you can’t be passionate about it, and if anything, the very fact that you’re forced to be that creative means that the project is tested harder before it even gets to the point of a script. 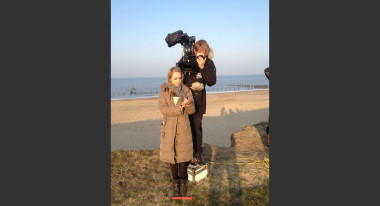 Filmmaker: Did the project go as you thought it would when you started?

Medinger: If I look at the first conversation I had with Andrew [the scriptwriter], where we started talking about the new direction for the story, and where we’ve ended up now, yes, broadly speaking, we have ended up where I wanted to be. That’s not to say that the process hasn’t been incredibly demanding.

Filmmaker: What most surprised you about making a feature film?

Medinger: The thing that I wasn’t quite prepared for was the demands of shooting a feature film. I’ve done some incredibly demanding projects before. The one that springs to mind is shooting the Gumball Rally in 2006 when we had ten days of working 23-hour days. We were absolutely exhausted the whole time, but you function on adrenaline. The advantage that has over a feature film is that the event is happening and it’s your job to simply keep up with the event.

A feature film is not only a longer period of time, but you are generating the world every single day. It’s not a documentary where you simply point the camera and maybe ask someone to say something. Every single day you have to bring energy to the set, you have to create that world, and if you don’t do that you won’t get it. As a director it’s your job to create and make that world function, and to energize and inspire the actors and everybody on set. Just the process of doing that was an amazing, intense, unbelievable experience.

Filmmaker: If you were starting over, is there anything you would do differently or change?

Medinger: Robin and I asked ourselves this question when we wrapped. I think we felt that given the resources and the time limitations that we had to deal with, both of us felt really happy.

I would have liked a couple more weeks in prep, but I think that is the nature of making film. The script is absolutely core to everything and it’s natural that the script is always getting worked on until relatively late in the process. In a sense we were lucky that we weren’t still trying to work on the script after we were shooting. Even so, I think you need at least a month with a shooting script to do the prep that you need to do and we didn’t quite have that.

Every filmmaker who has ever made a film will say the same thing: they want more time, more money. SoI think ultimately it’s a moot point. You simply have to accept the resources that you have and deal with them.

Filmmaker: But what makes a feature film different?

Medinger: When I came back from shooting the film, people were saying, “Oh my god, what’s it like?” and I threw out words like “rollercoaster” and “marathon,” and these words are absolutely applicable, but they don’t really capture the essence of the experience. A couple of weeks later I had this epiphany and realized what making a film is like. I don’t know if you’re familiar with the old TV show Gladiators, but in the final challenge two contestants have to sprint up this Travelator, which is like a moving walkway that’s a hill. Shooting a film is like being on a Travelator, and the speed and angle of the Travelator is determined by your resources and budget. You wake up in the morning and sprint to the Travelator and you don’t get off the Travelator until you fall asleep.

If you have a 20-day schedule, and you’re coming to it all prepped out, what you will inevitably find is that the process of shooting the first ten days means that some of the prep that you have done is redundant because you’ve realized that things – like blocking – work differently. But you don’t have the time to redo that prep, so essentially what happens is that the shoot starts to overtake the prep.

You’re faced with the dilemma in the evening of, “Do I prep and get no sleep, or do I get some sleep,” which gives you the creative energy and life to be able to energize the set tomorrow, and wing the prep?” And that’s a really difficult question to answer at those points in the shoot, and that’s what I mean when I say about this Travelator because every single minute is critical.

Filmmaker: But you’re still glad you did it?

Medinger: I wouldn’t do anything else for the world. It’s like, “How would I feel if I had the opportunity to do this and I didn’t do it, in five years time, in ten years time?” I’d never forgive myself, and so I couldn’t be more proud of that hard work, and I couldn’t be more glad of every lesson that I learned through getting things wrong as well. I think all of it is unbelievably important and that’s the magic of filmmaking. I can’t wait to go again.