Six Filmmaking Takeaways from a Novelist-turned-Director 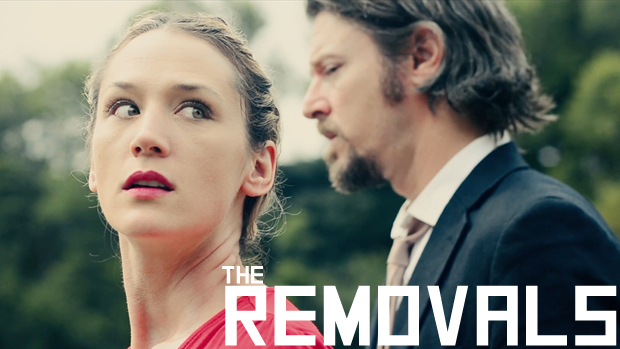 by Nicholas Rombes
in Directing, Filmmaking
on Feb 10, 2016

The path that finally led to the making of The Removals — a feature-length paranoid lo-fi thriller and love story produced by Two Dollar Radio — was a very, very long and twisty one. As it probably is for many films. I spent five weeks in the summer of 2015 with an amazing crew and actors making a film that I had been dreaming about and plotting out in fits and starts since I was about 20-years old. And I’m 50 now.

I basically had to unlearn everything I thought I knew about the creative process. Here are a few lessons I learned.

Writing fiction is, for the most part, an intensely private act. When it’s all working right, the relationship you forge with the characters becomes as real as the relationship with people in your daily life. The characters exist there on the other side of the screen or on the page but also in your head — always and always growing and changing and taking shape in your mind. I was completely unprepared for — and ended up falling in love with — the level of teamwork that goes into making a film, where your decisions are often made on-the-spot and in full view of your collaborators, which is exactly the opposite of the private mode of a writer’s decision making, where all the self-questioning, false starts, embarrassing missteps, and breakthroughs happen inside your head. For instance, I think I probably argued myself in and out of the “physics” section of The Absolution of Roberto Acestes Laing at least a dozen times, worried it was too melodramatic. But no one saw that; there were no witnesses to my indecision, my efforts to get the tone just right. There is, however, no luxury of privacy in the making of a film where all the tinkering happens in the presence of others.

Working together to create the best possible film we could meant that there really was no ego involved. When the question is, “Is this going to make the film better, or not?,” it doesn’t so much who has the best idea. The film’s the thing. The only thing. From this writer’s point of view, at least, letting go does not come naturally. But looking at the finished product, and seeing that so many of the most dynamic shots were the result of decisions made by Mike Shiflet and Eric Obenauf (see #4), I can’t help but marvel at that fact that, together, we made something far better than I ever could have achieved on my own.

3. The Importance of Being Open to Chance.

We filmed in a hot summer in and around Columbus, OH, and on several days when we had scheduled to shoot outdoors the rain was so intense and long-lasting that all well-laid plans had to be scrapped. On one occasion in particular we used the bad weather to our advantage in what turned out to be one of the most visually bold and striking scenes in the film. As a massive thunderstorm approached, Eric Obenauf suggested we use the looming black and purple sky as a backdrop for a scene scheduled to be shot in the Field of Corn, an enormous outdoor art installation featuring over 100 human-sized, concrete ears of corn. We raced over and met Jeff Wood (he plays the male protagonist, Mason) who, with his red umbrella, performed his wordless crisis of faith in “the Removers” against a bruised and churning sky. The enormous amount of rain also contributed to a green, psychedelic lushness in central Ohio and in certain scenes that green just sears the screen and gives everything a weird, doomed, alien beauty.

4. The Value of a Typewriter.

Somehow, for this movie, it felt right to bring along the typewriter, my trusty Sears “Scholar” model from the mid-1980s. At night, after shooting, Milly Sanders (who plays the female lead, Kathryn #1) and I would head back to the condo that Eric had rented for us, and we’d talk over how the day went. Often, late at night, the crickets singing outside my window, I’d type up some new lines for Milly and slide them under her door. I loved working like this, the movie growing organically beneath our feet, re-making us as much as we were making it.

5. All Spaces are Creative Spaces.

I’d had this naïve DIY fantasy that we’d be stealing shots right and left in some gonzo style of French New Wave meets Dogme ’95 meets punk cinema. But thanks to the wisdom of Eric and Mike Shiflet (cinematographer and musician) I came to see how the project itself was already DIY — it didn’t need any Dead Boys attitude to be legit. In fact, one of the most remarkable aspects of the whole experience was getting to know all the people who allowed us to temporarily invade their spaces: a vintage clothing store, a record store, a bar, a greenhouse, a hotel lobby, an industrial filter factory, an art gallery. During shot set-ups we would get to hear the stories of those who had generously allowed us into their spaces, and our conversations about movies we shared a love for were some of my favorite moments.

6. Every Film is a Documentary Film.

Films capture and preserve specific, real-time moments, moments that can’t help but be documents of a location, a place, a person, a feeling. Even films without any visible human presence, like animated films, are documents of the technologies used to create them. Reality leaves its fingerprints on every film. I felt this more than ever during the filming of The Removals, as if what we were really filming and recording wasn’t so much the narrative feature itself, but rather the process of making that feature. The real drama is internal and well hidden, and yet visible everywhere: on the faces of the actors, in the sun’s reflection on plate glass, in the sound of insects in the tall grass, in the storm clouds that may portend a catastrophic weather future, in the on-screen intimacies between the actors that suggest, perhaps, depth-charge feelings that will never reach the surface.

There’s a remarkable scene in Joan Didion’s 1970 novel Play It As It Lays. The main character, Maria, experiences true happiness only once in the novel, and it comes about not from some momentous act, but rather the simplest of things: changing lanes on a highway: “Again and again she returned to an intricate stretch just south of the interchange where successful passage from the Hollywood onto the Harbor required a diagonal move across four lanes of traffic. On the afternoon she did it without once braking or losing the beat on the radio she was exhilarated, and that night slept dreamlessly.” That, to me, is what The Removals is all about: the main characters removing everything — all reality — until they are left with that one, singular moment. That fleeting instant of sheer happiness.

The Removals premieres at The Wexner Center for the Arts in May, followed by a limited theatrical release.

The Removals from Two Dollar Radio on Vimeo.