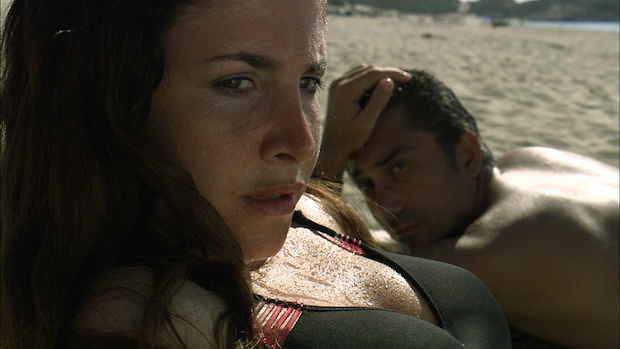 Nuri Bilge Ceylan’s 2014 effort Winter Sleep won what is arguably cinema’s most coveted prize, Cannes’ Palme d’Or. Since then, he has been remarkably quiet. So it was with some anticipation that the 57-year-old Turkish director delivered a master class at Qumra, an industry event taking place in Doha at which filmmakers funded by the Doha Film Institute present their projects to the great and good of the film industry. During the master class, Ceylan revealed that he had discarded a script that he had spent a year slaving over after his Cannes victory.

That was just one of many tidbits that Ceylan proffered in a freewheeling look at his career, in which he proved far more fun and witty than his austere reputation. He refused a translator for the discussion as he doesn’t like to wait; in the relaxed surroundings of the Museum of Islamic Art, he had no problem getting his message across.

In a session hosted by Richard Peña, Ceylan spoke about working as a waiter in England, watching three movies a day and his background in photography. When he first started making films, he would slave over the details. “I don’t prepare so much now,” he explained when looking at a scene from 2002’s Distant. This now means that he is obsessed with editing and will often stay in the edit room, cutting a picture long after the editor has gone home for the evening.

He spoke about his scriptwriting collaborations with his wife, Ebru, who has worked on three of his films, Three Monkeys (2008), Once Upon a Time in Anatolia (2011) and Winter Sleep (2014). Ebru and Nuri Bilge Ceylan also acted together in Climates. On his own acting effort, Ceylan said, “The experience was awful. I’m obsessive as a director, but when you act in your film, you cannot control things so well. Sometimes I don’t understand: how does Woody Allen do it?”

Where once Ceylan was an advocate of non-professional actor, he has grown more attuned to the advantages of professionals, especially now that he uses much more dialogue in his scripts. He doesn’t care for rehearsals either: “Maybe I will being to hate the film if we rehearse the script. With the professionals the last take is usually better, with amateurs it’s the first.”

Acting in Climates also meant that he had to find someone else to be cinematographer, which is how his collaboration with Gökhan Tiryaki began. He first hired him as a technician, “but half way through the shoot, I realised he should have the DP credit and now he is one of the world’s best cinematographers.”

According to Ceylan, the secret of cinema is ambiguity: “The audience should feel in the gaps according to their needs. Also, I’m not a teacher. Even in a master class I feel that I have nothing to say. By filmmaking, I’m also searching and trying to learn things.”

The day after the master class, Filmmaker caught up with Nuri Bilge Ceylan, where he revealed more about his current views on filmmaking and why he abandoned his most recent script.

Filmmaker: You mentioned that you spent one year writing a script that you finished writing. What made you recognize that the script was not right for you?

Ceylan: When you finish a script, if it doesn’t motivate you, then you cannot be sure to make it. You need a certain amount of motivation to make a film. Until you finish you cannot understand whether you have the motivation. Sometimes, during the course of writing, it increases and increases and you find that you have added details into the script which you really like. But that one, it didn’t really grab me when I finished the script. I was not so sure, so then I decided to stop.

Filmmaker: Was it more difficult because you had added pressure after you won the Palme d’Or?

Ceylan: No, there was no pressure. There is going to be a pressure for some people because of that, but I don’t feel pressure in that way.

Filmmaker: Is it the first time you have given up on a script after you have finished writing the project, or is this something you have done before?

Filmmaker: Did you not like the script because you were going in a different direction after winning the Palme d’Or? Are you trying to surprise us?

Ceylan: No. I don’t think I will go in a completely different direction. Of course not, but there will be different elements in it, maybe. I would go back to that script one day, but not now.

Filmmaker: Obviously Turkey is in the news with the suicide bombings taking place. There is also the crisis of the refugees spilling out from Syria. Do you think you will make a film about this?

Ceylan: I don’t make a film about it, but in the background it can be something that is taking place and that the audience can see. Firstly, this is because filmmaking is not such a fast process; it is not like journalism where you can write something in one day. You start writing and the film comes out three years later, and the situation has completely changed. So if there is a dynamic situation, it is not so easy to make a film about it. You need some time to make a film for social story.

Filmmaker: It’s like the Vietnam films, they were only good a decade after the war ended.

Ceylan: Exactly, it’s better. When the things are settled, you can think about it, and you can control it better in your mind.

Filmmaker: You have said that you have become more and more interested in using dialogue in your films and that this was the aspect of Winter Sleep that you enjoyed investigating the most. What is it about dialogue that you have become intrigued by? Often scriptwriting courses will suggest minimalizing the dialogue.

Ceylan: I did that a lot, using less dialogue, but I wanted to try something new, because this film, Winter Sleep, was that kind of film. I wanted it to be theatrical. That was a try, but that doesn’t mean that I always make films like that. I used to like dialogue before, but I didn’t try and put so much into my films, because I was afraid of dialogue, but I felt self-confident enough to make this film, at this moment.

Ceylan: Yeah, I read the same books, much more than I read new books. I try new writers as well, but I always go back to reading Chekhov and Dostoyevsky.

Filmmaker: Do you have favorite books?

Ceylan: The Idiot, and also I like Demons a lot, which I plan to make a film of one day, if I can.

Filmmaker: You have started to shoot digitally. Do you think this is better than film, or has it changed things for you?

Ceylan: Yeah, it’s changed, especially if I talk about my own films. It changed filmmaking for me, because now I’m able to shoot more alternatives. It gives me the possibility of trying more things and doing more takes, which I like.

Filmmaker: So now when you write a script — for example if you have a scene where someone writes a letter, but you’re not sure if they send it — do you now just put a note in the script to film both? How do you manage the choices?

Ceylan: Yeah, if I don’t want to forget it, I write it as a note. But sometimes I know what to do, so I don’t need to write it. Of course, the script is a guide for the director, but it’s also for giving the film a life in a certain way; for example, you need the script to apply for some funds. But it’s not sacrosanct.  On my version of a script, after I finish a script, I write extra notes for myself, in between the lines, or on the left page mostly. I never ever use storyboards: that restricts the imagination, I think.

Filmmaker: Do you see directing as now being about freedom on set, rather than being in control?

Ceylan: To me, the freedom on set is mostly about time. If you have more time, you are free. If I have a certain budget, I prefer to spend it on time mostly. I want to make the crew smaller, just so that I can make time. That is the best alternative for me.

Filmmaker: Your wife has been a co-writer on a number of films, yet after Winter Sleep she said she didn’t want to write another script with you. Indeed, the script that you discarded was written alone and I believe you’re now writing a script with Ebru Ceylan again. Is this because she’s had the time to forget the last experience?How did you persuade her to return?

Ceylan: Yeah. Time helps. Also, of course, it’s a good time. You have good times and bad times in a marriage and if you offer in a good time, it works.

Filmmaker: What does Ebru Ceylan contribute to your process?

Ceylan: You know, other people they are usually polite, because you are a known director and they cannot insist on anything. They are afraid to offer new ideas, actually, when I work with other people. But my wife, she feels completely free to criticize and things like that. Generally, we work separately on the dialogue. For a scene, everyone writes their own version of the dialogue, then I compare them and if I like hers more, I use it, but mostly I mix them and then sometimes we write another version. Sometimes she will insist that they are not my choices. But the last word, it belongs to me, of course.

Filmmaker: Then the final question is whether you have an idea what you will make next?

Ceylan: It’s a secret at the moment.

Ceylan: If it’s a secret, it motivates me more.