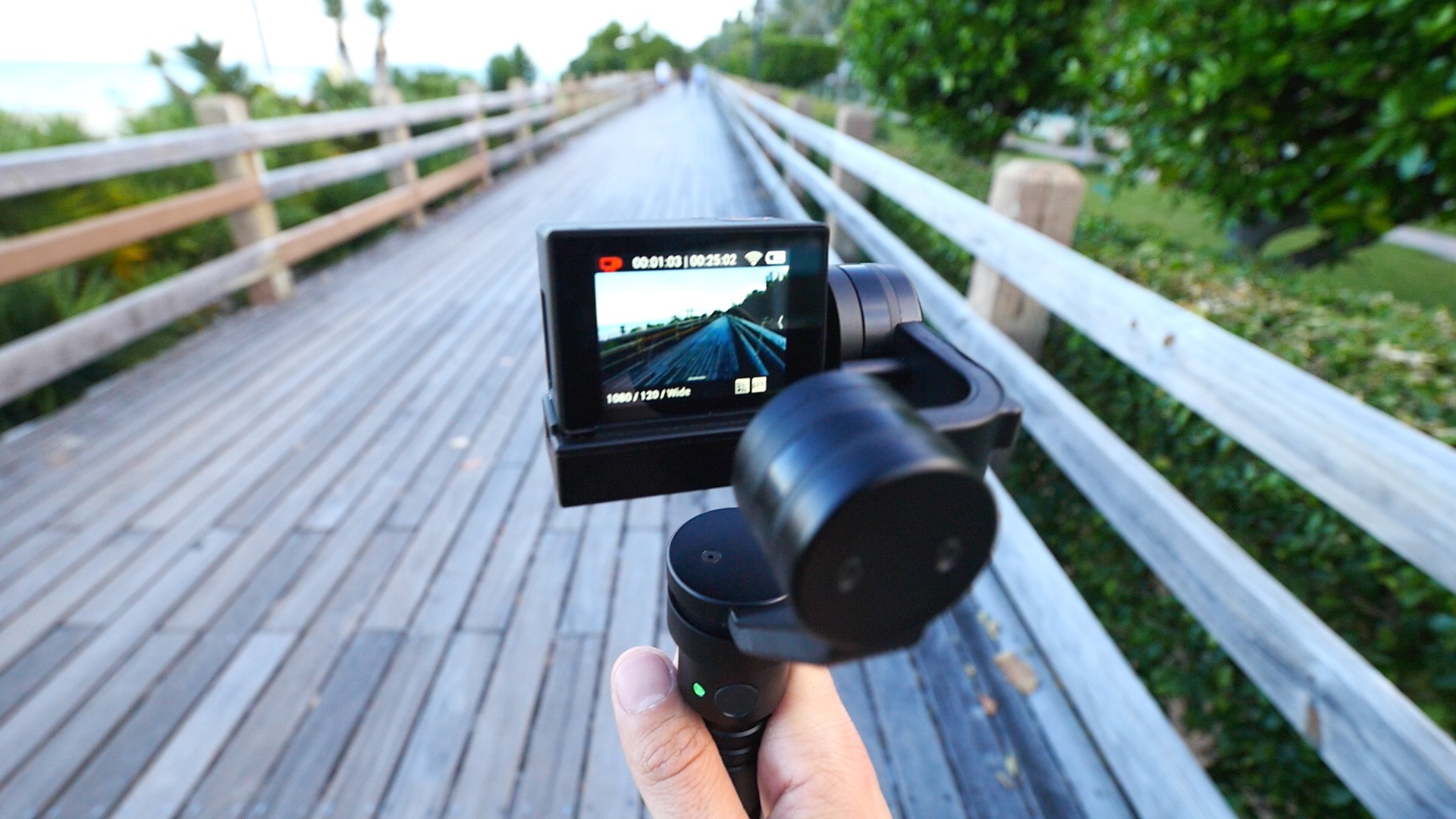 by Joey Daoud
in Cinematography, Production
on Jun 29, 2016

Polaroid sent over their handheld 3-axis stabilizer for GoPro for a hands on review. In the video below I do a run through of the device along with taking it out for a spin with some test footage. At $180 it’s one of the least expensive gimbals for GoPro, and the shots are impressively smooth. Controlling the camera takes a little getting used to. It works with the HERO 3/3+/4. You can use it with or without an LCD BacPac (it includes a spacer when using it without). I caved and bought the screen because it was getting hard to operate holding a phone in one hand and the rig in the other.

Check out the footage yourself. Overall a really impressive rig that makes the GoPro an even more viable main production camera.

BTW, the easter egg at the end was a spotting of some gear from PolarPro in Best Buy. We met them at NAB last year and reviewed some of their gear. Great to see their cool products in the big box stores.

The gimbal was sent to me for free by Polaroid for review.