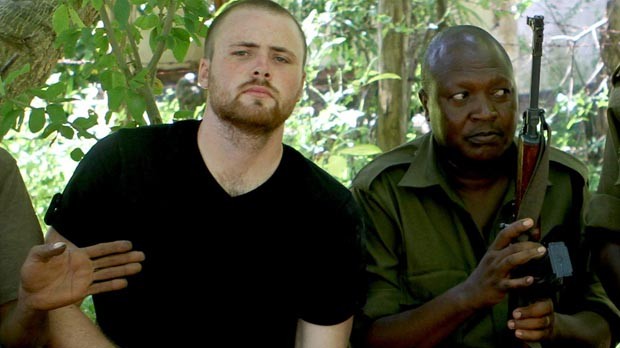 When Cutter Hodierne was playing high-school basketball in Arlington, Va., his school’s rival knocked his own team out of the playoffs. But rather than sulk or trash talk, Hodierne decided to pick up a camera. “They had an incredible following,” Hodierne says of that team, the Wakefield Warriors. “They had police escorts to their games, and they sold out stadiums — they were too big to play in their own school.” Attending their playoff games with his camera, Hodierne made a 75-minute, ESPN-style documentary, Remember the Warriors, pressed it to DVD and sold it to their fans at their games. Did his own classmates look askance at Hodierne’s celebration of their rivals? “Nah,” he says. “I wasn’t that good a basketball player. I think most people thought filmmaking is what I should have been doing anyway.”

Take a look at Hodierne’s career so far, and you’ll see that pattern play out again and again. Simply put, waiting for the phone to ring is not in the young writer/director’s DNA. After dropping out of college, he went “on the hustle,” shooting short films and hawking himself as a music video director by meeting rap artists in D.C. clubs. Working as a freelance editor, he cut a small concert film for U2 and then put himself up for a gig as the band’s “filmmaker on the road.” “I made my case over two-and-a-half months,” he says, “making these little videos of myself on the job, getting into silly escapades while trying to get the gig. The videos made the band laugh, and I was given 48 hours to show up in Barcelona.” Hodierne spent months on the road with U2, a “one-man shoot/edit/upload army,” who helmed close to 100 separate clips. He was 22.

But the film that has garnered Hodierne international acclaim is his latest short, Fishing Without Nets, winner of the Jury Prize in Short Filmmaking at this year’s Sundance Film Festival. With epic widescreen cinematography, the 17-minute film tells the story of a reluctant Somali fisherman who gets swept up in a group of high-seas pirates. Hodierne says he’s been fascinated with the topic since news reports started appearing over the last few years. “The bravado of it was what got me — the imagery of these small little boats going way into the ocean and capturing these big ships,” he says. “And [the pirates] are just hapless criminals, not terrorists. The global impact they have, they’re not even aware of.”

Like all his projects, Fishing Without Nets went into production when Hodierne just decided to make it. Along with producer and co-writer John Hibey and producer Raphael Swann, Hodierne landed in Kenya and began the process of developing and producing the film — a planned five weeks that stretched to three-and-a-half months when the trio realized how hard it was to get government permission to secure weapons as props. “It was like being held hostage by the film,” laughs Hodierne. “It was like we were the shipping companies and the [production] was the pirates. Every week we thought, ‘This will be the last week.’”

Hodierne is currently working on a feature version of the film he plans to shoot in the fall, with Rupert Wyatt’s Picture Farm executive producing. Once more, it will be from the point of view of the pirates — except, says, the director, “things will get bigger, crazier and more chaotic.”