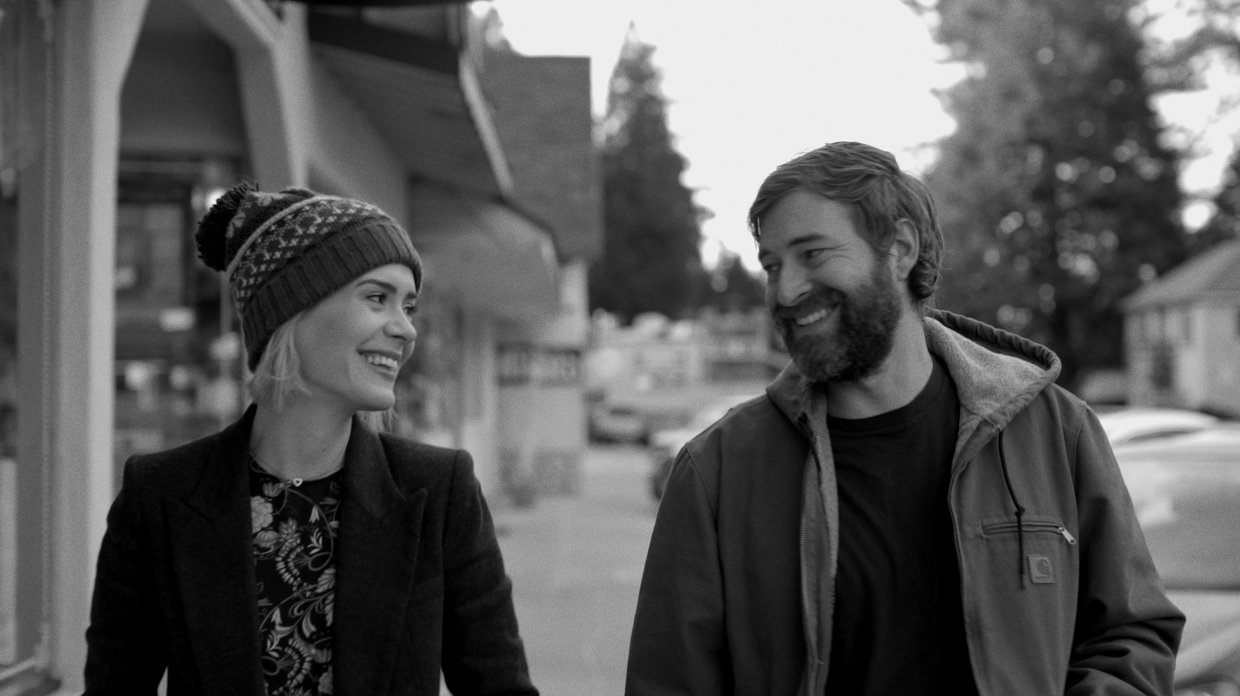 It’s been a momentous year for cinematographer Alex Lehmann, who successfully made the transition to director/DP with his first two features. His documentary feature Asperger’s Are Us, about the first comedy troupe consisting of openly autistic people, premiered earlier this year at SXSW, where it was bought by Netflix. Blue Jay, Lehmann’s narrative feature debut, recently premiered at TIFF and will hit select theaters on October 7 before heading to digital on October 11 and Netflix later this year. Mark Duplass and Jay Duplass executive produced both films.

Starring Mark Duplass (based on his screenplay) and Sarah Paulson as two former high school sweethearts who reconnect in the small town they had each left years earlier, Blue Jay is a bittersweet romantic drama which stands out for both its leads’ heartfelt performances and for its textured black and white cinematography.

Shooting his narrative feature in black and white was a bold undertaking, but working with editor Chris Donlin, Lehmann did significant pre-production work to ensure a crisp, cinematic look.

Filmmaker recently asked Lehmann shooting black and white, working as his own DP, and more.

Filmmaker: Did you always know the film would be in black and white? Why was that important to you? Were there other films you looked to for inspiration?

Alex Lehmann: We decided early on in prep to shoot in black and white. We talked about a need to strip down unnecessary elements as a way to buck the trend of loud indies. The result is a very simple film focusing on the characters and the spaces we create for them. There were no direct inspirations but I grew up watching Truffaut and Jarmusch and certain filmmakers who started simple and character based.

Filmmaker: Given that Mark Duplass wrote the script, executive produced and starred in the film, how much did you discuss the look of the film with him before you began shooting? Did he have strong feelings about shooting in black and white?

Lehmann: We were both excited about shooting black and white from the get-go. He did have strong feelings about the black and white; in fact, I remember when he first suggested it. I was very excited about the opportunity, but kept wondering if the audience would appreciate it or consider it a gimmick. Mark’s the kind of guy who sees what really excites you and challenges you to follow your gut.

Filmmaker: What sort of legwork did you have to do in pre-production to ensure the cinematic black and white look? Can you walk Filmmaker readers through the process a bit?

Lehmann: I had a good sense that I wanted to use Canon’s ME-20 based on other tests I’d done. We shot tests for Blue Jay in a number of conditions including daylight and extreme low light, then took it into Blackmagic Design’s DaVinci Resolve and created some LUTs. Those LUTs where imported into Odyssey onboard monitors and we lit/composed with the LUTs, which helped tremendously. Creating a black and white look after the fact wouldn’t have had the same effect.

Filmmaker: What were some of the advantages and disadvantages of being both director and DP? Did you intentionally keep the crew small to maintain an intimate feel on the set?

Lehmann: There wasn’t a need to get on the same page with my DP or explore ideas, I knew what I wanted visually. The movie is a simple one that was improvised organically on set. We shot chronologically and without a script, instead going off of a plotted guideline. All of my attention was on the actors and the story, the look and shot selection had largely been decided well in advance. We kept the crew very small. The energy of a set can really impact the tone of a film, and Blue Jay relies heavily on the intimacy that is Jim (Duplass) and Amanda (Paulson) hanging out alone in a small house.

Watch the film’s trailer below: