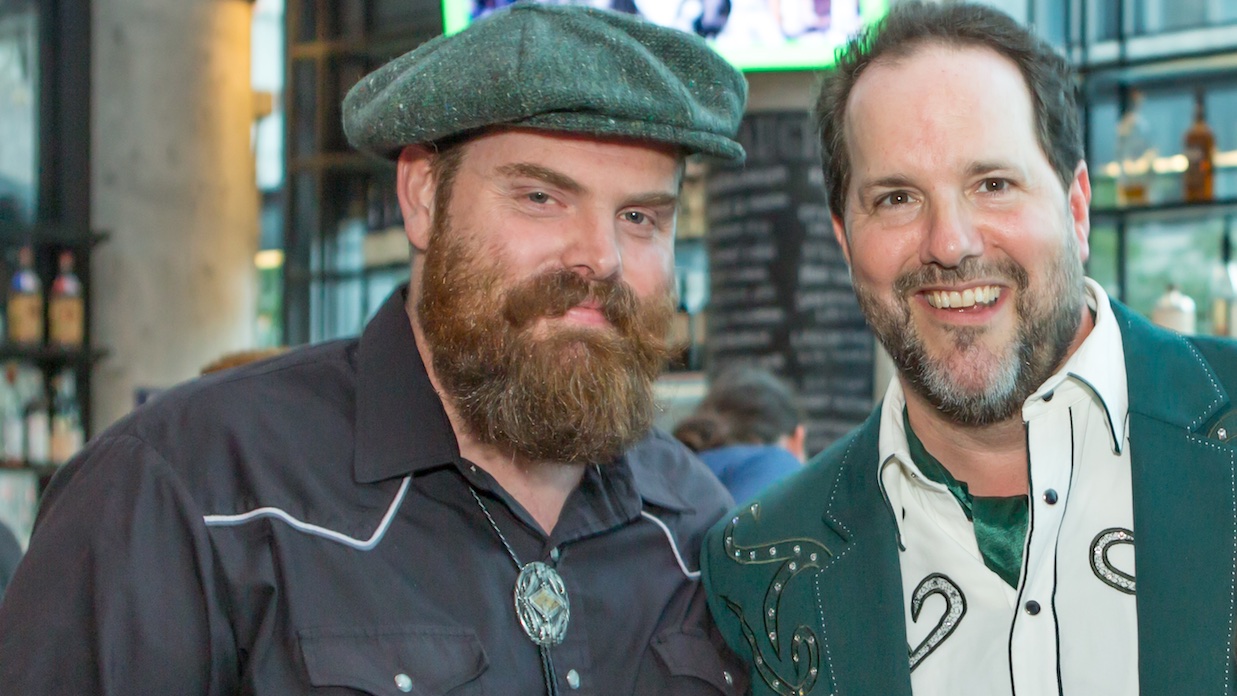 by Matt Prigge
in Features, Filmmaking, Financing, Production
on Sep 27, 2017

John Finn, founder and CEO of Greenslate, remembers the good old days — and they weren’t that good. In 1995, when he first got into the independent film industry, he was a freelance production accountant, loaning himself out to productions where every penny counted. The standard practices of production accounting were daunting back then: there were seas of paperwork, year-end production company tax filings were strenuous efforts and, on set, accountants would spend entire days running around just trying to get signatures on start paperwork from producers and crew members.

“I realized there was a need for financial acumen,” Finn recalls. “But being a production accountant, I had to use these outside payroll companies that served as a niche industry.” He says he found that places like Entertainment Partners, Cast & Crew and Media Services — which all still exist today — were lacking in certain key areas.

In 2004, he created Indiepay, a production payroll company that would use technology to streamline the accounting and payroll processes. This spring, Indiepay rebranded as Greenslate, but the main thing that’s changed is the name. They still seek to compete within the payroll industry by finding ways to make the process easier and less costly.

“I knew there was a way we could save producers money on their projects,” Finn explains. “Most payroll companies today offer what’s known as the ’employer of record’ model. Basically, they make it seem to the producer like they’re doing them a big favor: ‘We’ll take on all the responsibilities of being an employer for your employees. We’ll pay your crew with a paycheck and we’ll remit the taxes and we’ll handle the unemployment insurance. We’ll file the W-2s at year’s end.’ All the producers have to do is write one check each week and the crew is paid by the payroll company.”

“It sounds like a great deal,” says Finn. “But I noticed early in my career that the payroll companies were gouging the producers, specifically in regards to state unemployment insurance and workers’ comp.”

Finn’s referring to the fact that, when producing a film, most producers set up a new company for each project called a “single-purpose entity.” It’s done for a variety of reasons, including to shield producers and investors from liability, and to make sure funds from one project aren’t commingled into another. Setting up such a single-purpose entity — typically a C-Corp or LLC — also requires producers to file yearly taxes in the state they’ve registered that company. So, when processing a film’s payroll, the payroll company will typically calculate and pay all the federal, state and local taxes, deducting them from a worker’s paycheck as well as calculating the producer’s employment taxes. For this service, they’ll charge a payroll processing fee. But, under the “employer of record” model, payroll companies are able to realize various tax savings, which they then keep for themselves. The spread between the payroll taxes they charge producers and what they actually pay becomes an additional fee.

Under Greenslate’s model, Greenslate processes payroll through the producer’s own single-purpose entity, realizing savings for the producer as a result. “Producers love the fact they are able to save with us, on average, a day’s worth of shooting,” Finn says. “Let’s say it’s a $5-million project. They could probably save $40,000 by going with Greenslate.” (Greenslate also offers employer-of-record payroll because some productions do prefer it.)

As Indiepay-turned-Greenslate has grown in stature — in 2016, they serviced 17% of all American films with budgets between $1 and $15 million, including both Academy Award Best Picture and Documentary winners, Moonlight and O.J.: Made in America — they’ve expanded in other departments as well. Based out of New York, they now have offices in Los Angeles and Atlanta, Georgia, as well as a satellite office in Delhi, located in upstate New York, which provides industry employment in the poorest county in the state. They’ve doubled their employees in the last two years, in part because they’ve started taking on another duty: Greenslate is also a software company now, designing their own digital and online tools in-house.

“I’m a fan of technology, and I’ve been bummed out — considering everything that’s going on outside the entertainment world — that the industry is way behind on the times,” Finn says. “Greenslate has taken the initiative to take it to the newest level in terms of the software.”

For one thing, unlike its competitors, Finn says, Greenslate is all-digital. “Paper is a tremendous waste in this industry. Not only is this good for the environment, it’s also incredibly efficient for the production.” He remembers one recent client who sent Greenslate 60 bankers boxes of paper. They scanned every one of them. That comes in handy when Greenslate is, for example, doing tax credits on a production and the outside auditors require hundreds of documents to verify that they’re accurate or legitimate.

“All we have to do is go on our server, find the document and voila! We produce the document in a matter of hours versus someone having to call the bankers boxes from storage — wherever they are — and someone has to dig through all of them, which could take a week,” Finn says. “That’s a great example of being efficient.”

“We want to get to where there aren’t 60 bankers boxes in the first place,” Finn adds.

Greenslate also wants to simplify the payroll process for film crew. “To this day, payroll companies still have timecards that are distributed on set that people fill out with pen and ink,” Finn points out. “It’s amazing the inefficiency of what’s going on.” When Greenslate takes on a project, they invite crew members to sign up for the software. “If you’re a day-player, you can be working on five different projects in one week. You go from one project to another, and you’re filling out five different start-paperworks — the I-9, the W-4. And you’re doing that by hand.” If those projects are all going through Greenslate, each crew member only has to do that once, then never do it again.

Finn notes that some of their competitors don’t even offer direct deposit, or if they do, they require from the production company a two-week payroll deposit. “Direct deposit is a banking transaction,” Finn says. “We don’t see why you have to require [a deposit].”

Putting everything online raises obvious security questions — ones Greenslate is considering. “It would be devastating if we were breached or had some sort of piracy,” Finn explains. “That’s why we’re cloud-based. We go through Amazon, which has multiple redundant back-ups. We take it so seriously we have a third-party consultant just there to try and hack us. We say, ‘Where can you get in? How would you get in?’” They encrypt their data and even ensure that their developers don’t have access to live data. “We take every precaution we can, because obviously if we didn’t and there was a mistake, we wouldn’t be in business much longer.”

When beginning a payroll job, Greenslate likes to treat their clients to a personal touch, walking each one through a difficult and complicated financial process. “When a producer approaches us, our on-boarding team will request that we review the budget,” Finn explains. “We want to make sure the producer has budgeted everything properly in regards to taxes and union rates. If you have the wrong rates in your budget, you’re over-budget starting at day one.” (In fact, Greenslate recently they found one project’s budget to have put in inflated tax rates, meaning they were the opposite: under-budget.)

So why the rebranding? It’s because Greenslate was no longer exclusively working on independent films. Back in 2004, when they were, it made sense to be called Indiepay. Over the years, they’ve taken on other parts of the entertainment business; last year, 60% of their business was unscripted television. In 2014, Finn hired a sales professional to help them expand their business. “He’d go out to L.A., do the pitch meetings for people who had never heard of us, and he would spend the first ten minutes explaining to them about how we didn’t only do low-budget films,” Finn recalls. “It felt like we were a business services company and ‘Indiepay’ was kind of limiting us. It felt like we outgrew the name.”

Finn hopes Greenslate isn’t the only company of its kind to go all-digital — after all, a generation is coming of age that has spent most of their lives not filling out paper forms.

“The technology is only going to keep getting better outside of our industry. Why wouldn’t we all be utilizing that technology?” Finn says. “We’re a challenger brand that’s come into the market, and we’re 12 years old.”