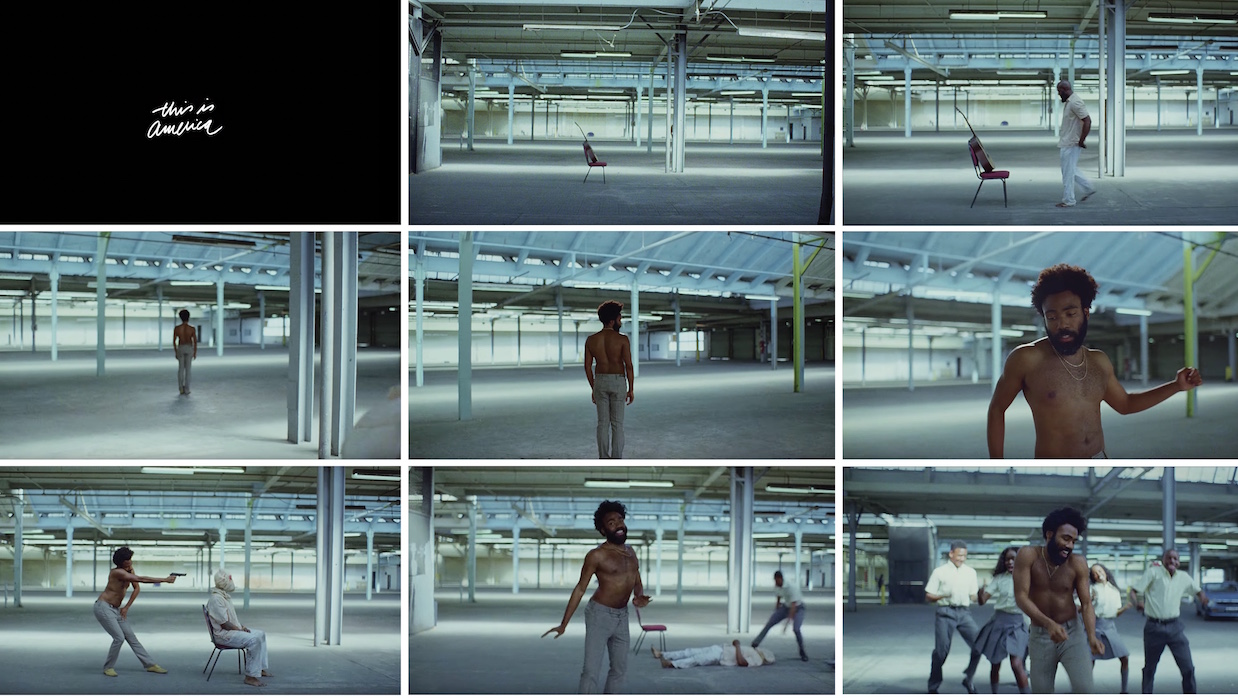 D.P. Larkin Seiple Breaks Down Every Shot from Childish Gambino’s This is America. I’ll immodestly say that Matt Mulcahey’s Shutter Angles column presents the best DP interviews out there, and this one, hot on the heels of the Childish Gambino viral hit, topped our list of the best new posts of 2018. Here, Mulcahey’s preferred format — getting a DP to walk us through the camera, lens, lighting and production decisions behind individual shots — found a perfect subject in this clip. Mulcahey was able to get DP Larkin Seiple to break down every shot in the video — all six of them.

25 New Faces 2018. No surprise here — the splash page for our much-anticipated annual survey of new talent was our second highest read post of the year.

2017’s 31 Released Films Shot on 35mm. Another annual piece, Vadim Rizov surveys the prior year’s features shot all or partially on 35mm. This year, a surprise: a slight uptick in 35mm projection.

Why I am Hopeful: Programmer Eric Hatch on the Future of Arthouse Programming. Last year, on our 25th anniversary, Filmmaker jettisoned from its print issue our Super 8 page of recommendations, our DVD page, and our festival coverage. (The latter now lives entirely online.) In its place we inaugurated Reflections, a free-for-all section consisting of opinion pieces, short reports and personal essays. Programmer Eric Allen Hatch’s freewheeling diagnosis of what’s wrong with current independent film culture, the politics of non-profits and his recommendations for restoring audience loyalty and enthusiasm became both conversation starter and clarion call.

My Life as I Repressed It: Jennifer Fox on The Tale. Interestingly, the first film-oriented feature to appear on our top posts of the year list is Elisabeth Subrin’s interview with Jennifer Fox, whose The Tale did not receive a theatrical release. If website traffic to Filmmaker is any indicator, a substantial audience watched this film on HBO and clicked here to learn more. Traffic was undoubtedly also stoked by the sheer quality of the piece. Tweeted the New Yorker’s Richard Brody, “What a great interview; profound and vivid, as if it were a film in itself; should be mandatory film-school reading regarding preparation, process, and perspective…”

50 Most Anticipated Films of 2018. Another annual survey, Dan Schoenbrun’s look at the most anticipated releases of the year is next on our list, and his number one film — Josephine Decker’s Madeline’s Madeline, with an interview by Mike Mills — was our Summer issue cover.

What is Producing: A Group of Sundance Producers Share Insights. Out of Sundance, Meredith Alloway talked with the producers of a number of films, including Madeline’s Madeline, Mandy and Our New President, about how they define their jobs.

How To Deliver a Film to a Festival, 2018 Edition. Technology — and festival policy — moves quickly these days. With a 2015 version of this article still generating traffic, we asked Sergio Andres Lobo-Navia to update this guide for lucky filmmakers figuring out how to best deliver their films for festival premieres.

YouTube Body Horror: Penny Lane on The Pain of Others. With a boost from Matt Drudge, Lauren Wissot’s interview with documentary filmmaker Penny Lane crashed our site. The film’s subject matter is properly intersectional, drawing audiences interested in the ethics of representation in the social media age as well as those drawn to issues regarding chronic illness and its treatment by the medical establishment.

Christopher Nolan’s Unrestored 70mm 2001 at the Village East. Vadim Rizov’s post on the Nolan-initiated 2001 70mm revival was both meditation on the idealism of the director’s endeavor as well as viewer advisory on the best way to watch this time-traveling presentation of Kubrick’s film.

The Top Ten Archival Posts of 2018

Isaac Florentine on Acts of Vengeance, Antonio Banderas’s Mastery of Fight Choreography and Making a Movie in the Wake of his Wife’s Cancer Diagnosis. Whether it was the headline, the director’s cult status or Banderas, R. Emmet Sweeney’s interview with Isaac Florentine about his action film Acts of Vengeance continues to sit near the top of our traffic counter each month.

5 Questions for Chris Evans about Before We Go. Guardians of the Galaxy star Chris Evans directed his own modest indie drama, premiered it at Toronto, and his fan base keeps coming back for my interview with him about it all.

15 Steps to Take After Finishing Your Script. Technology hasn’t changed the process of figuring out what to do with a screenplay very much, which makes my 2012 piece pretty durable — which is not to say that I don’t have ideas for an updated rewrite.

What Everyone Does on a Film Set. Similarly, with the addition of a new crew position or two (the DIT, etc.), film-set hierarchy has remained much the same during a time of technological change. Brandon Tonner-Connolly and Alicia Van Couvering’s 2015 breakdown is still a great place to start for newcomers to the business.

The Seven Arts of Working in Film: A Necessary Guide to On-Set Protocol. And newcomers to a film set will find Tonner-Connolly and Van Couvering’s article on how to behave after being hired an essential read. In fact, their advice holds true for countless professions outside of the film industry.

How To Find a Producer. It’s a question I get asked a lot — “How do I find a producer?” — and I gave the answer my best shot in this 2014 article which first appeared in our print magazine.

How to Deliver a Film to a Film Festival. The 2015 article that prompted the 2018 rewrite linked to above still scores traffic.

25 New Faces: Ryan Coogler. A pre-Fruitvale Station, Creed and Black Panther (what a run, by the way) Ryan Coogler made our 25 New Faces back in 2012, and people still visit my profile/origin story of the writer/director.

How to Option a Book for Film Adaptation. Finally, we round out our lists with another evergreen post: attorney Robert Zipser’s very useful post about optioning a book for film adaptation.