“The Truth is Lost As Well”: Andreas Koefoed on his Art Documentary The Lost Leonardo 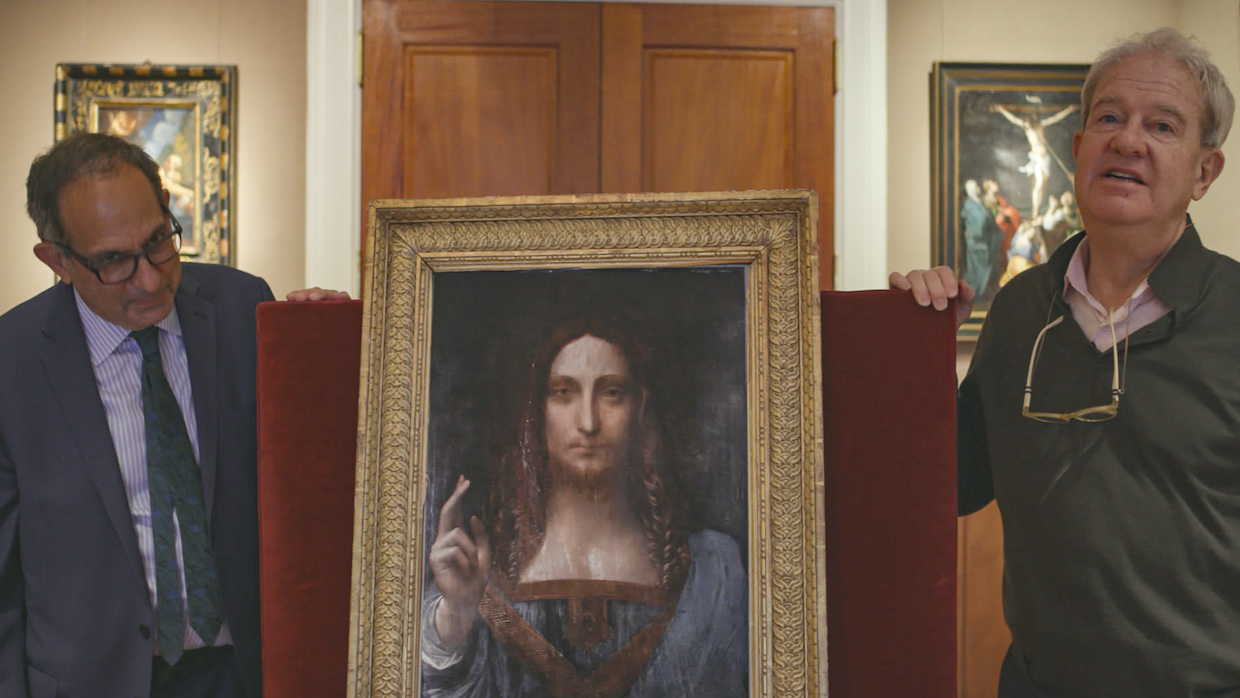 by Randy Astle
in Directing, Directors, Interviews
on Aug 17, 2021

When I saw The Lost Leonardo at the Tribeca Film Festival, I expected a documentary about art history, restoration techniques and how paintings are authenticated. I was vaguely aware of the film’s subject—the painting “Salvator Mundi,” a portrait of Jesus discovered in a New Orleans estate sale in April 2005 and later deemed a lost work by Leonardo da Vinci. What I was unaware of was the controversy over the painting’s authorship, its journey through the world of high finance and unfettered capitalism and how this made it an object of desire, a status symbol, for political actors like Saudi Crown Prince Mohammed bin Salman. In a film about Leonardo, I hardly expected insights about Jamal Khashoggi’s assassination.

But that’s the beauty of what the director, Danish documentarian Andreas Koefoed, was able to accomplish here. The Lost Leonardo starts as a film about art, but quickly connects the simple pleasures of painting and loving paintings to power struggles and, eventually, huge geopolitical conflicts. The film begins with the painting’s discovery and restoration by Diane Modestini. When she comes to believe that it might be a Leonardo, its notoriety spreads throughout the art world as critics, curators, historians and the painting’s new owners all take positions about its authenticity—or simply profit from the allure of its uncertain origin. After a controversial show at the National Gallery, a sale is arranged with an unscrupulous Swiss art dealer named Yves Bouvier, who purchases it for a Russian oligarch while simultaneously swindling him out of millions of dollars on this and other paintings by taking huge—and unmentioned—commissions. When the billionaire client discovers the con, he liquidates his collection, and thus the “Salvator Mundi” is on its way to Christie’s, where it sells as the most expensive painting in history to a murderous would-be despot who may want to use it to portray his kingdom as open and attractive. The painting is more lost now than it was in 2005, but in the past sixteen years hundreds of millions of dollars have passed hands because of it. The Lost Leonardo shows that art is just another commodity—culturally and financially—and one worth lying, cheating and even killing for. It’s a great leap forward in Koefoed’s already impressive career.

The Lost Leonardo was released by Sony Pictures Classics on August 13th.

Filmmaker: The Salvator Mundi has been in the news for years, but how did the idea for a feature documentary on it come about? Why was it important to revisit this story in this format?

Koefoed: I was contacted in 2018 by one of the producers, Andreas Dalsgaard, who told me the story of the “Salvator Mundi” that had, just a few months earlier, become the world’s most expensive painting ever sold. He was in contact with British art critic Ben Lewis who was writing a book on the subject. I hadn’t followed the story before that but found it very intriguing and fascinating. It seemed like the painting could be used as a prism through which we could portray the world of today and lay bare some of the mechanisms that drive it. The story of the painting had been covered in different media over the years, but the story kept on evolving and there was no documentary film telling the full story, so we felt compelled to do it.

Filmmaker: How large of an issue was it gaining access to all of your subjects and interviewees? There were several, like the Louvre, who ultimately didn’t speak with you.

Koefoed: We wanted to tell the story firsthand through the people who had been close to the painting. Luckily, many of the key characters were open to sharing their stories, like the two art dealers who found the painting and the restorer who spent four years with the painting. But the further we got on the “Salvator Mundi”’s incredible journey, the more difficult it got. Big institutions like The National Gallery, The Louvre and Christie’s auction house were not willing to speak. They all played a crucial role in authenticating this painting as a Leonardo and probably considered it risky for them to open up about their decisions. This was a disappointment for us but in fact shows a crucial point of the film: power and money tend to override the truth. The vested interests in authenticating this painting were apparently so huge that the transparency, and maybe also the critical sense, seem to disappear. Now, when the painting is locked away somewhere and not accessible to the public and the Louvre will not talk about the examinations they did of it, it is not only the painting that is lost, the truth is lost as well.

Filmmaker: The narrative is incredibly wide-ranging, covering three continents and going from the Florentine Renaissance of the 1500s to Mohammed bin Salman’s envisioned Saudi renaissance today, with equal parts art history, commerce and global politics. What was your process to balance it all and make it as clear as possible, and how did the writing, editing, interviews and re-enactments all play into that?

Koefoed: It took us a lot of researching, shooting, writing, editing and thinking to find the right scope for the film. The story is fantastic, but there are so many interesting threads and characters that it easily became too complex and difficult to grasp. After quite some trial and error we ended up with a rather simple concept: The painting should be the main character. We would follow its journey from its discovery in 2005 when it was sold for $1175 up til now, and tell the story through the people who have been close to it. On the journey the painting would move through three very different worlds: the art world, the financial world, and the geopolitical world. What would drive the narrative would be to show how vested interests, step by step, made a wrecked painting into the most expensive painting ever sold.

Filmmaker: Were there any particular challenges with the production that you were able to work through (or not)?

Koefoed: Besides the pandemic that made it almost impossible to travel and shoot, and prolonged the production at least half a year, the main challenge was to find the right way of telling the story. We started out by doing interviews with the key characters. They were good, but we were worried that it would be too static and that it would be difficult for us to follow new developments in the story while being far away from the characters. (I live in Copenhagen, while most of them are in New York.) We tried to invent an investigative journalist who, like a detective, would dig into the mystery, but then we realized that it didn’t really work with the interviews we did with different firsthand sources. It was like two films in one and it didn’t feel genuine, so we had to sack the detective. By doing so, the film itself became an investigation and the viewer, in a way, the detective. Instead of having a detective in front of the camera who would react to his findings, the viewer has to make up his or her own mind about what to believe. That worked much better.

Filmmaker: Can you talk about the budget and financing of the film?

Filmmaker: You also just directed the new VR piece The Nature of Isolation and Loneliness, a 360-degree film of a sung choral piece. What extent do you think VR or other new media will play in your work going forward?

Koefoed: I would love to work more with VR. It is a completely different way of telling a story and I find it pretty mind-boggling to figure out how to approach it. What attracts me in filmmaking is to point the camera in a certain direction and make a framing that creates an atmosphere and some emotions. In VR you cannot guide people’s vision in that way. You can create a room and set up a scene, then try to guide the viewers’ experience, but the storytelling rules and tools are different. I think sound plays a crucial role here to guide the eye. I will definitely investigate that in the years to come.