by Lauren Wissot
in Directing, Directors, Filmmaking, Interviews
on Feb 10, 2012 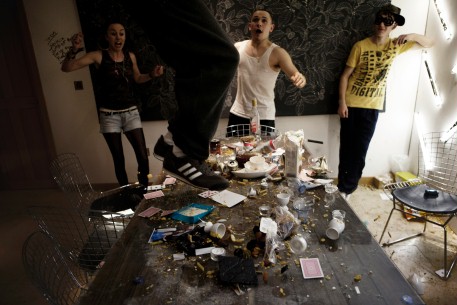 Talk to Kirsten Sheridan, director of August Rush and her latest Dollhouse (pictured and premiering in the Panorama section of the 2012 Berlinale) about The Factory, the collective she co-founded with fellow filmmakers John Carney (Once) and Lance Daly (Kisses), and it soon becomes apparent that Ireland’s recent financial woes have done little to dampen Dublin’s DIY spirit. If anything the collapse has, ironically, helped artists, Sheridan theorizes, by making their outsized dreams affordable. Indeed, in a thriving economy just meeting the rent on a space big enough to house everything from production studios, to a fully equipped camera department and editing facilities, to a digital cinema and a recording studio, would leave no time for these Factory friends to actually collectively create.

Which is exactly what they’ve been doing in this one-stop, mom-and-pop shop since 2009. And now that Carney’s The Rafters is also due to be released, the trio are focusing attention on expanding the family, specifically through their latest initiative in association with Screen Training Ireland. The Factory’s Actors Studio is a rigorous training ground for future screen thespians, invite-only but free to attend. From initial cattle calls the collective winnows down a select group, who are then chosen to attend a preparatory course, followed by workshops two to four times per week. “Our goal is to get a wide group of actors,” Sheridan emphasizes, which will then allow Irish filmmakers both within The Factory and outside its auspices, to cast directly from the collective. 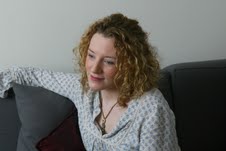 But considering the country’s great theatrical tradition wouldn’t it be simpler just to pilfer players from the stage? I wondered. Guys like John Crowley and Martin McDonagh seem to have no problem finding native talent. Sheridan corrected my assumptions, though, noting that it’s important to give Irish actors “confidence with doing very little,” and that many theater thespians just don’t feel comfortable in front of a camera. In fact, even today filmmaking is viewed as a somewhat foreign trade in Ireland. “We’re not really a visual culture,” Sheridan explained, adding that her tradition is based in literature and storytelling, and that “Irish film has emulated other countries.” And with plans for a writers’ room and a directors’ studio in the works The Factory hopes to make it easier to bring the country’s wealth of narratives to the screen in a distinctly local way.