How I Rediscovered My Passion for Film with Blood Brother 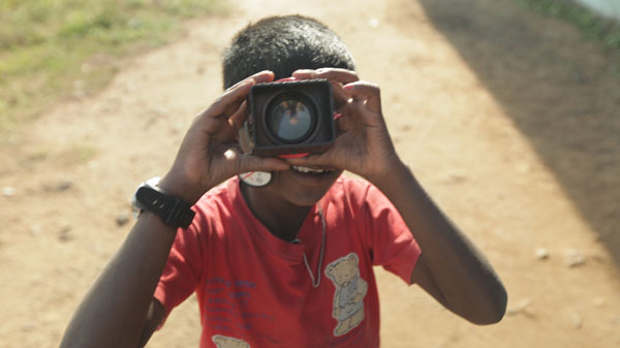 by Steve Hoover
in Directing, Directors, Interviews
on Aug 29, 2012

Once I had a dream to make a documentary in some sort of third world or developing third world country setting. I had no direction, no story and no clear vision, so unfortunately that dream died.

Nearly a decade later, I had moved on to building a career in the music video and commercial world. By this time I had no desire to travel to any third world country, but my best friend Rocky Braat did.

Rocky’s move came as a surprise, considering he was a graphic designer and never had interest in humanitarian work or anything of that sort. He and I stayed in close touch and I began to hear incredible stories from his experiences there. A lot can happen when you drop an erratic, uncultured, but highly compassionate white guy in a rural Indian village.

Rocky would frequently send updates and photos documenting his developing life in India. He kept asking me to visit and bring a camera, he said it would restore my passion for filmmaking… or at least give me some fresh inspiration. I sort of entertained the idea, until one day it actually clicked. I thought back to the dream I once had and the passion began to stir. Suddenly, it all made sense, my best friend is living an incredible life in a third world country and I have the resources to tell his story. How could I not?

I started moving forward but the project needed more legs. Thankfully people started jumping on board to help. Before long Blood Brother, the documentary had a crew, a production company (Pittsburgh-based Animal) and thanks to many generous people, a budget. 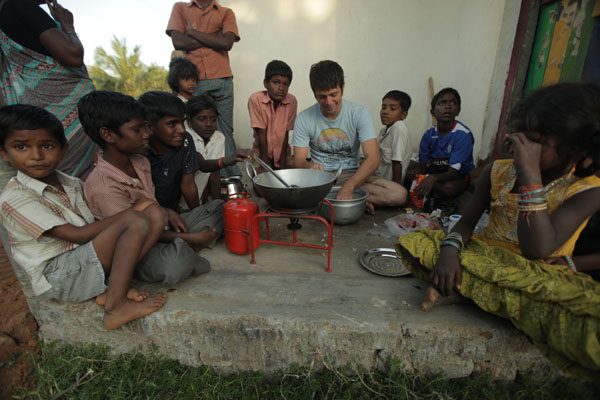 We were able to raise enough money through Kickstarter to send a crew of six to India, some of us for over a month. The crew was a group of close talented friends that were eager to help share Rocky’s story. We stayed in the village and did our best to get dirty while keeping the gear clean. We had to strategically plan times of offloading around India’s power grid situation as they would shut off power twice a day to conserve energy. We slept on the floors fending off cat sized rats, bathed with buckets and ate with our hands. I was terribly, horribly uncomfortable, but I don’t recall smiling so much in my life. Rocky showed us how to live.

From start to finish, everything that happened chronologically seemed to unfold like a screenplay, which was amazing to experience. We documented Rocky for over a year with about four months of filming in the States and over two months of filming in India, from two different trips. After the initial trip in February of 2011, I returned that following October to document the second half of the story, which wasn’t planned.

Overall we were swimming in nearly 10TB’s of media. We shot on a 7D, two 5D cameras, small HD cam for run and gun and about 15 rolls of super 8mm film. The edit took one and a half years with two editors, me and an assistant.

Something special about this film is the goal to give every possible amount of profit to charity, whether that is supporting Rocky directly or going towards other HIV/AIDS efforts internationally. We’ve been happy to partner with Leigh Blake and John Carlin of Act V and Red Hot to help make this possible.