POV @ 25: Natalia Almada & Theo Rigby on Image and the Roles of a Filmmaker 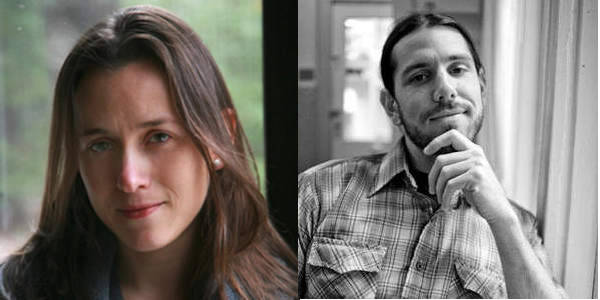 by Nick Dawson
in Directing, Directors, Filmmaking, Interviews
on Sep 25, 2012

In celebration of the 25th season of PBS’ groundbreaking documentary series POV, Filmmaker is this week running a four-part conversation series between two non-fiction directors with close ties to the show. A few weeks ago, award-winning documentarian Natalia Almada — whose new film, El Velador, is being aired as part of the 2012 POV season this Thursday — and Sin País (below) director Theo Rigby, a photographer-turned-filmmaker, sat down to talk about a variety of issues that arise from their work. Through the course of the discussion, Almada and Rigby share where they’ve been, where they are now, and where they’re heading while dissecting different viewpoints of their craft.

In the second of four parts, Almada and Rigby talk about the importance of image and their roles as “filmmakers.” 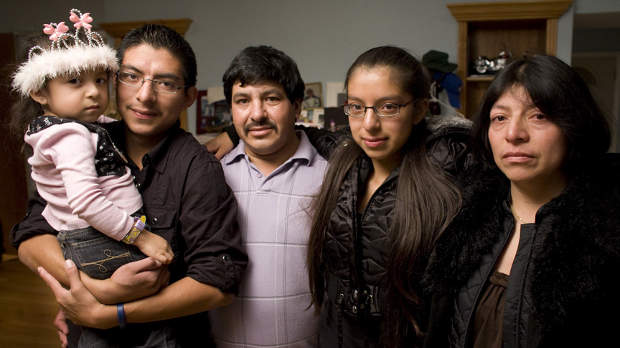 Almada: I hate B-roll, I should never do B-roll. I think it’s absurd as a concept. I think when you’re making film, it’s an economy of means so that every element you use has to be deliberate and not an accident. Of course there’s a level of improvisation and accident in the nature of documentary, but that film is edited and at the moment of editing you’re really using every single element to its fullest capacity in terms of moving a story forward or its symbolism or its mood or pace. Nothing in the edit should be ever accidental or careless. B-roll, it’s a horrible concept.

I feel like I’ve been lucky in a way to be able to really fight—not fight exactly, but I’ve gotten to make the films that I want to make. It’s not always easy to raise money, and I usually raise money late in my process, but I shoot my own films and I cut my own films, so that gives me a certain amount of freedom to get the projects going. I don’t know how long it’s going to last, but I’ve been lucky. And it’s amazing that POV for example will broadcast my film or another that has almost no dialogue, that’s very slow, impressionistic, that’s not informative in the traditional sense that we think of in a television documentary; but they’re doing it. It also says something about their willingness to push the boundary of what public television is expected to do.

Rigby: Yeah, on the B-roll topic, I agree wholly. I hope never to put anything that someone would see and call B-roll in one of my films. But often doing for hire, more commercial work for clients, you have to shoot something that’s more in the line of B-roll and you have to joke about it; joke about being so excited about getting that B-roll. There’s a really hilarious video called “We got that B-roll” on YouTube.

But I have, as anybody else, gone through this process and I do shoot these talking head interviews with the people I am concerned with. I make sure it looks good and everything, but I do go through the lit, sitting-down, “talking head” process and then I mentally treat it as an audio interview. I basically know that I’m never going to use that image of the talking head, but I want to get as clean an audio as possible. So, I’m not sure; going through the whole process of lighting and going through sort of the whole “real-deal” process of an interview changes anything with the person and makes them think and realize that maybe I’m more professional than it seems if I’m just a fly on the wall holding a camera. So it might change the feel of that in a way, but in terms of using talking heads in a film it’s really hard to make it work well. It’s not a dynamic thing in any way. People are like, “Oh, let’s use it in the most amazing way and make it work,” but in my films it just doesn’t seem to work. They only seem to work if it’s a very emotional thing that’s important, but I like trying to capture that emotion in a different way or in the edit.

Almada: I think one of the things that’s interesting when you talk about the interview is you do these formal, set up interviews so that your subject takes you more seriously. I feel like I’ve done a lot of the opposite. I haven’t done any formal interviews in a really long time, so I do “man on the street” interviews if I do any at all; it’s completely the opposite. I work alone and I try to be as unintimidating as possible because, for me, it works. But what’s interesting is that it’s not that one is better or right or wrong, but people think of the interview as this sort of given thing that produces this accurate content. But it doesn’t. It’s very much manipulated by the person who makes it and the setting and the kinds of questions that are asked. And I’m not using “manipulation” with judgment.

Rigby: Usually by the time I’m doing a talking head interview, I’m already pretty intimate with the people I’m interviewing. With Sin País, for example, I had already jumped into their lives where in two weeks their parents were being deported and it was this crazy time and very quickly bonded in many ways with every family member. I always have this sort of undulating wish with the people I’m making films with that I’m a friend, sometimes I kind of play intermediary/advocate role, and then I’m also a filmmaker. If you’re kind of great friends, and interacting as friends, there’s no space to act as a filmmaker at times. You have to step back from that role and say, “Okay, I’m a filmmaker now, I have to shoot.”

Those are kind of the dynamics I have to work with so when I go into talking head interviews it’s like, “Oh, OK, Theo’s a filmmaker,” and I go into that mode and then maybe come out again. So, it’s an interesting part of that process and the most obvious time that I’m a filmmaker.

Next: POV @ 25: NATALIA ALMADA & THEO RIGBY ON THE PERSONAL AND POLITICAL IN DOCS