A Rogue’s Gallery of Gorgeousness: Charles Atlas and Antony’s Turning 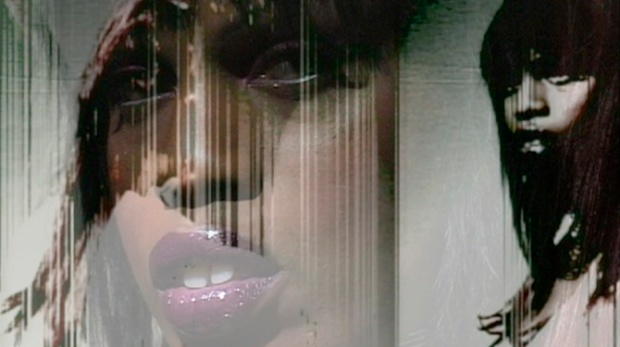 It’s been a banner year for Charles Atlas. In 2012, the filmmaker and video artist was included in the Whitney Biennial, opened his first New York solo show, “The Illusion of Democracy” (the inaugural show of Lurhring Augustine’s brand new Bushwick gallery, no less), had seminal, rarely-screened works revived care of keen programming at local NYC film series’ Dirty Looks and Light Industry, and is now unveiling his long-awaited collaboration with enigmatic singer/musician Antony Hegarty (of Antony and the Johnsons), which opens today at IFC Center.

Turning, which had its New York premiere this past weekend at DOC NYC, is a feature-length documentary, and its Atlas’s first film to receive a traditional theatrical release. Part performance film and part backstage portrait, the film is a unique blend of the filmmaker’s entrancing visuals, Antony’s exquisite music and intimate interviews with the thirteen “models,” a diverse collection of women (some of whom are transgendered), who perform themselves on a revolving platform while being filmed for “live portraits.” This “rogue’s gallery of gorgeousness,” as Antony called the women in a 2006 BOMB interview, runs the gamut in age and background and includes such legendary downtown figures as Joey Gabriel, Kembra Pfahler, and Morisane Sunny Shiroma, as well as relative newcomers Honey Dijon and Nomi. All are friends of Antony’s and/or figures of inspiration for the singer, who selected them as much for their distinctive physical beauty as for their dramatically different auras.

The film is a culmination of Atlas and Antony’s collaborative project, which began more than eight years ago with a three-night performance called Turning, staged at St. Anne’s Warehouse as part of the 2004 Whitney Biennial. The project blended music, projected imagery and live performance into a lush, hypnotic work — an evocation of beauty defined, in Antony’s works, as “androgynous moving toward the feminine.” As a performance piece, it owed something to Antony’s early experimental theater work from in the early ’90s, when the singer gathered friends to produce sprawling “transgender musicals” which he wrote and directed. It was during this time that Atlas first encountered Antony’s haunting vocals, while the singer was performing with long-time friend Johanna Constantine (who appears in the film) as part of the gay punk band BlackLips —- an experience Atlas recalled as “unforgettable.” After the Whitney performance, Atlas and Antony collaborated on a music video for the single “You Are My Sister,” from Antony and the Johnson’s second album, I Am a Bird Now. The video starred the indomitable Joey Gabriel (muse of Nan Goldin and David Armstrong among others) and became a hit overseas, helping build the momentum that eventually lead to its winning the UK’s prestigious Mercury Music Prize in 2005. Buoyed by overwhelming success, Antony was able to fund an ambitious European tour of Turning in 2006, with high-profile shows in London, Paris, Madrid, Rome and Braga, the footage of which constitutes the material for the new film.

Collaboration, performance and portraiture have become the defining features of Atlas’s practice as an artist and filmmaker. Over the past 40 years, he has produced an astonishingly varied body of work that includes creative partnerships with Douglas Dunn, Merce Cunningham, Michael Clark, Yvonne Rainer, Leigh Bowery and Marina Abromovic — a veritable who’s who of iconoclastic artists. And while many would cower under the authority of such personalities, Atlas has flourished, creating vivid, transcendent works that have redefined the possibilities of the performance film. Indeed, Atlas’s method resembles that of a moving target and may lead the casual viewer to regard him as something of a chameleonic artist. But Atlas is in fact remarkably consistent in his refusal of nostalgia, restless invention, and embracement of the tools of the moment. Whether it is the near-Structuralist Torse (1977), a 16mm double projection of Cunningham’s famously difficult piece, the exuberant pop-fantasia tableaux’s framing Michael Clark’s irreverent sexuality in Hail the New Puritan (1986), or the playfully improvised Butcher’s Vogue (1990), a five-minute gay transposition of the Madonna classic to the Meatpacking district, Atlas has continually experimented with the relationship between camera and choreography.

Turning, which is both a departure and a kind of summation for the artist, it remains distinctly a Charles Atlas film — a stylish exploration of artifice and self-mythologizing, shot through with unexpected warmth, wry humor, and moments of startling beauty. Indeed, the film gains enormously from his skill as an artist to endow a simple visual conceit — in this case, filming a woman turning in place — with deep emotional resonance and to extend it into a thoroughly transcendent visual experience. Over the past decade, Atlas has been increasingly focused on live video capture and manipulation of performance, which reaches a crescendo here with the rich, multilayered video portraits. These images, matched by Antony’s music, suggest the mutability of identity—its subtle shifts and shadings. They also suggest the limits of control. Taking command of the pedestal, each woman becomes her own icon, both empowered by and subject to the camera’s gaze, and the tension between self-representation and objectification adds another edge to the portraits. Each woman decides how she wants to appear, but only up to a point.

As with his brilliant Michael Clark portrait Hail the New Puritan, we are treated to wonderfully offhand clashes between fantasy and dry reality. Scenes of the Amazonian Honey Dijon waiting at the luggage carousel in the airport or Kembra Phaler, painted lizard green and hair teased, sitting at a piano staring blankly during downtime are humorous without being condescending. If the interviews, which were conducted by Antony, risk a kind of formal conventionality that, at times, threatens to flatten out the compelling ambiguities of the project, they also provide a necessary counterpoint to the turning portraits, allowing the women to give voice to their inner lives and personal narratives. The most affecting interviews are ones that touch on themes of identity and self-creation obliquely, or not at all, such as when Julia Asada (a PhD in mathematics and the eldest of the group) admits to feeling alienated amongst the other women, or when Sunny Shiroma’s narrates a heartbreaking account of watching friends perish in the ’80s at the height of the AIDS crisis in New York. It may be that psychology is anathema to art, or at least to its capacity to remain multivalent. During last Sunday’s Q&A, led by director Ira Sachs, Antony intimated that the pressure to “make a film” led them all to reflect on what exactly Turning was about. It seemed that, until that moment, they trusted their instincts that something was there, without having to name it exactly. They were right: something is there and it’s more than enough.

Paul Dallas is an independent film programmer based in New York with a background in both film and architecture. He has curated for the Guggenheim, the Maysles Cinema, Dirty Looks and most recently, the Greenpoint Film Festival.