Nenad Cicin-Sain on The Time Being 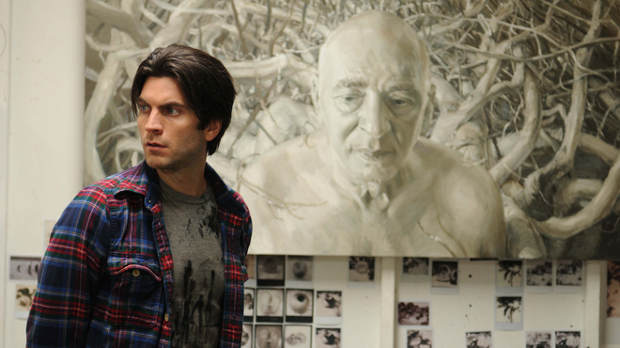 by Brandon Harris
in Directing, Directors, Interviews
on Jul 25, 2013

Nenad Cicin-Sain, The Time Being

In Nenad Cicin-Sain’s moody debut feature, The Time Being, Frank Langella plays Warner, a wealthy art patron who after buying a painting at an art gallery hires the financially strapped artist behind the work (Wes Bentley) to do odd, artistically tinged jobs for him. Daniel, a dedicated painter who’s dour work isn’t exactly flying off the walls, struggles to support his family  — to the increasing annoyance of his wife Olivia (Ahna O’Reilly). He is drawn to the  reclusive and mysterious millionaire as a potential new benefactor, but when Warner’s assignments for Daniel become increasingly bizarre surveillance excursions, Daniel senses that he may be putting his family in danger. As the secrets behind Warner’s bizarre surveillance predilection comes to light, Daniel has to choose how far he’s willing to go to provide the economic security for his family that Warner’s money promises.

Cicin-Sain cut his teeth as a commercial and music video director before embarking upon this directorial debut, co-written with veteran producer Richard Gladstein (Pulp Fiction, The Cider House Rules), which turned out to be a remarkably handsome affair; Mehai Malaimare Jr.’s (The Master, Tetro) lensing evokes the paranoid thrillers of the ’70s with its effective chiaroscuro lighting schemes. And the filmmaker wins a particularly strong late career turn from Langella, playing a murky, powerful, aging man that harkens back to some of his most interesting roles, be they Bad Company or Frost/Nixon. 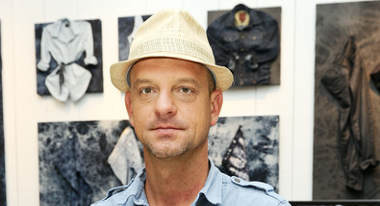 Filmmaker: Do you have a background in fine arts yourself? What about this guy’s struggles appealed to you and pushed you toward telling this kind of story?

Cicin-Sain: I ran away from home at 14 years of age. I traveled around the world until I was 24. One of the things I lived off of was starting to do different forms of art. When I was in my late twenties I formed a partnership with a painter who was ultimately one of the people who did a lot of the paintings in the film, underwater paintings. I started creating video art installations. They were these metaphorical experiences of an almost Sisyphean nature about a man climbing a hill but never reaching the top. They were often times observations on the human state. I did the painting within those exhibitions myself and that was kind of the start of filmmaking for me. I would do everything, I would pick up the camera, I would shoot it and edit it, etc., etc.

Filmmaker: Did you take anything from that mode of working or the aesthetics interests you had then into the making of this film?

Cicin-Sain: I don’t think it’s very different, doing the video art installations versus working with a full crew and cast. In the video art piece you’re working on no budget, but you’re working on creating a story. Obviously it’s more subjective, and it’s a smaller story, in a video art piece, whereas on a feature film everything is much larger and more expanded. The sensibilities are always the same. What is the story about and how do you want to bring the viewers into that story and how do you communicate that out to everyone you’re working with? The aesthetics are conditioned by the life experiences you have. So you just try to find people who have a similar aesthetic and try to expand that and work with them to achieve the vision that I had.

Filmmaker: How were you able to put the movie together? Was it a long, drawn-out process? Was there some grand stroke of luck?

Cicin-Sain: This one came together extremely quickly. The reason was Richard Gladstein stepped in to produce the film and finish the script with me. Once he decided he wanted to do it, he ended up financing it himself with his friends and family. So this film was a bit of an anomaly in that sense. I had a film before this where we had all these actors attached and the financing disappeared three weeks before shooting. The climate is bad. There’s a feeling that nobody wants to take risks anymore. No one wants to lose their job greenlighting a film that has an original voice and tone. There is too much risk involved for people anymore.

Filmmaker: Did you write the script with either Wes or Frank in mind?

Cicin-Sain: As Richard and I started putting the film together, we started kicking around names. I didn’t write it for either performer because quite frankly I didn’t think I would initially be able to get actors of their caliber; I wrote this to make for under $200,000.

Filmmaker: How did you go about designing the film with Mehai Melaimare Jr. in pre-pro? It has a very distinct look. Are you more of a pre-planning formalist or someone who likes happy accidents and leaving the shooting schemes improvisatory to some degree?

Cicin-Sain: I overprepare. I try to over control the vision in the pre-production process. I think that allows you to improvise and explore while you’re shooting, I think it allows you to find those magical moments. We only had 22 days, so there was little time to improvise at all. I had to be exacting in the vision prior to the shoot. We couldn’t rehearse on this film either, we didn’t have a single rehearsal day. The only thing I could do was in the pre-production get a sense of how the movie would look and feel and how we would shoot it and score it and those sorts of things. It’s also on a per case scenario. Some people you work with, you trust them and they trust you and you want them to invent and take your idea and bring what they have to it, and then there are people you don’t have that same kind of trust with, however it is. It may be someone in the crew or among the cast who you don’t want to open up to that same kind of experience with. I would love to be in a position where, like Cassavetes, a scene is completely improvised and you just have to figure out how to cover them, but all those things are actually luxuries that take time and trust. That’s why certain directors have a crew or have actors and they stay with them the rest of their career, because of that trust.

Filmmaker: How much did you deviate from that initial design, both aesthetically and in terms of the story?

Cicin-Sain: Well there is always the vision you lay out in your mind versus the vision you can tangibly achieve. We wanted the film to go through a very subtle and nuanced visual metamorphosis. We wanted to feel what Daniel is going through in a very emotional and visceral way. Daniel’s state in the beginning of the film is a very uncomfortable place to be. As he experiences the different things that happen in the film, that subtly starts to change. Regardless what the beginning of the film does is it makes you feel where he’s at and you may not like to feel that, so it’s a good and a bad thing. Hopefully by the time you arrive at the end, you are feeling differently. All the tools we used were to bring you into that kind of an experience.

Filmmaker: Did you have to unleash different modes of rhetoric and directorial style to get the performance you wanted from each actor, depending on their frame of mind, how they prefer to work, etc.?

Cicin-Sain: Prior to shooting the film, I had met with Frank once. We had several conversations on the phone. The same goes with Wes. So there wasn’t a lot of time to develop relationships prior to the process of shooting the film. So there wasn’t a way to figure out as a director how one would have the best experience working with this actor in order to get the best performance and results. The whole process of making the film was really learning about each other and how we best work together. There are certain actors where, regardless of how much time you have, they’ll only do a certain number of takes. I won’t name names because I don’t know if they’ll like being exposed as such. If you’re going to do more than two or three takes, than after that second or third take you have to do something much different or else or they’re not going to be open to it, they’re not going to do the same thing over and over and over again even if there is a very subtle, nuanced thing that you’re trying to get, you really have to try at something different to get them to keep giving. Some other actors weren’t like that. It was a great collaboration I had with all the actors through this film considering the limitations we had, they gave me a great gift.