Future Forward – A Day for New Voices in Independent Film 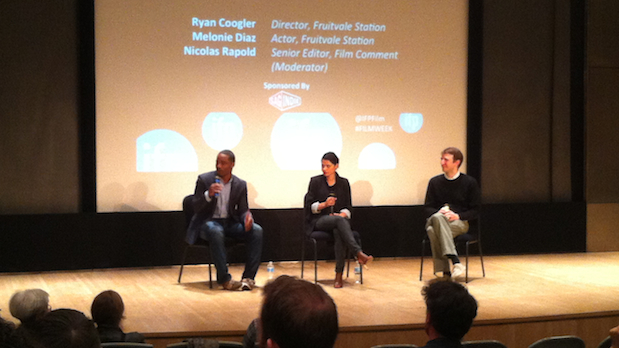 by Katie Carman-Lehach
in Directing, Festivals & Events, Filmmaking
on Sep 16, 2013

Sunday’s schedule of events at the IFP’s Filmmaker Conference titled “Future Forward” really couldn’t have been more perfectly named. Though each panel could be seen appropriately fitting for the title, two in particular really hit home the idea that our future and our way forward is through new voices and new stories, mainly through new, minority filmmakers (and that much of the success of these new filmmakers is in our hands).

First-time writer/director Ryan Coogler, whose film Fruitvale Station is already appearing on Top 10 lists for 2013 with rumors of Oscar nods, spoke candidly about the film’s production, about the opportunities and mentorship that helped him along the way, but also of the difficulties in producing a film with a racially charged story. (I was surprised, for example, to learn Ryan Coogler’s main funding for Fruitvale Station came not from a supporter here in the U.S., but an investor in mainland China.)

Later in the day, an afternoon panel with other black filmmakers titled “New Black Voices,” including filmmakers Shaka King, Yoruba Richen and Terence Nance (below), spoke about the difficulties producing and telling stories that surpass the boundaries of “black stories,” and how they often feel pigeonholed simply because of the color of their skin. Bemoaning the constancy of a never-ending “new wave” of black cinema, the filmmakers all urged community support and the sustaining of a system of producing a quantity of films that would end the “wave” and make these filmmakers household names. 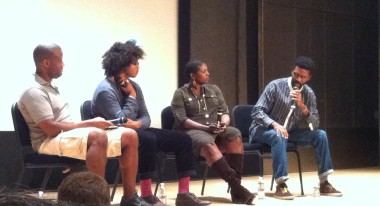 It seems to me a big part of the never-ending “wave” is that these filmmakers are still seen as “other” and not part of the establishment. But just like how we discuss female filmmakers, part of the change that needs to be made is in how we talk about minority filmmakers and their inclusion, even at events like the Filmmaker Conference. Shaka King pointed out during the panel how there’s never been a “White Movie” or a “New White Voices in Cinema” panel, etc.

He makes a really good point. To move forward in the future of cinema, we really need to be the change we want to see.