The Narrative Agent: Camera or Actor? 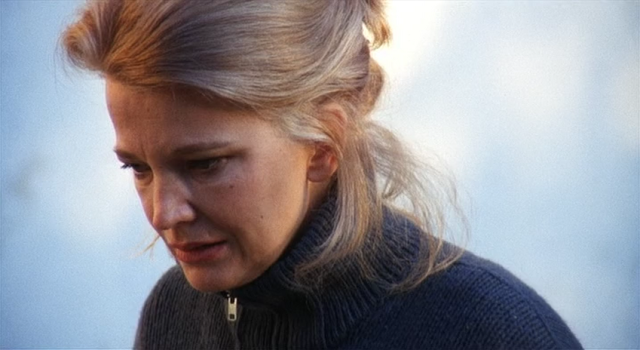 A Woman Under The Influence

by Sarah Salovaara
in Cinematography, Directing, Filmmaking
on May 15, 2014

In conjunction with his workshop tour, commercial director-d.p. Vincent Laforet has been making the publicity rounds, conducting interviews with several outlets, including our own Michael Murie. In the majority of these discussions, Laforet emphasizes the importance and motivation of camera movement. “Generally speaking, in modern cinema,” he told Murie, “you rarely see stationary cameras. Audiences want to see movement, and it’s really important to have dynamic movement to retain people’s attention.” Such a sentiment is more or less ripped straight from the Hollywood rulebook: the more visually dazzling (booming, parallax, etc.) a story can be, the better it is.

In the majority of today’s big-budget filmmaking, the camera is positioned as the agent, rather than the actor. Of course, Laforet’s opinion can be chalked up to context — he’s not creating character studies, he’s creating eye-catching advertisements — but even a noted “actor’s director” like David O. Russell detracts from his performers with unnecessary flourishes. Consider the leering camera at the :55 second mark in this roundtable scene from American Hustle, whose movement is almost at odds with De Niro’s cadence. What is it telling us? What is its purpose? Other than a little Scorsese cribbing, I’m out of guesses.

John Cassavetes, on the other hand, the consummate actor’s director, no quotation marks, allowed his players to motivate his cinematography, working to achieve synchronicity and thus maximum effect. In this excerpt from (what else) A Woman Under The Influence, it is the camera that serves Mabel: it is still when she is still, and follows where she leads.

Every director has their reasons for putting the camera here and the actor over there, but the challenge is leveraging both to the best of abilities. It’s not enough to think that “audiences want to see movement,” and therefore, if I do something crazy with the camera, I’ll “retain [their] attention.” That same feeling of movement, that jolt of excitement, can also be achieved through performance. It may not be as immediate, and the audience may have to look a little bit harder, but at the end of the film, that, in my opinion, is what’s more affecting.