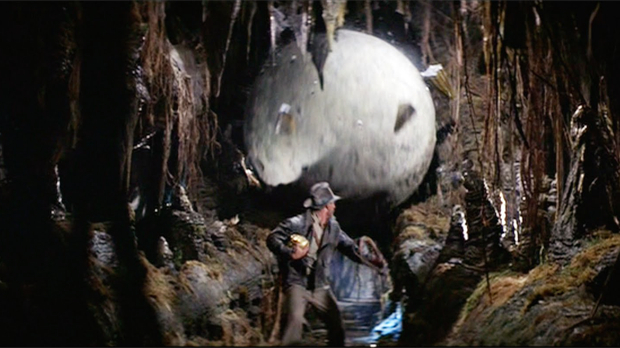 by Sarah Salovaara
in Directing, Filmmaker Videos, Filmmaking
on Sep 29, 2014

A little belated in posting the latest installment from Steven Soderbergh’s guerrilla film school, but better than never, as the saying goes. Here, Soderbergh sets Steven Spielberg’s seminal blockbuster Raiders of the Lost Ark to an electronic tinged soundtrack and black-and-white wash. His reasoning is that a dialogue-free version allows the film to be appreciated as a master class in the elusive technique of staging. In my book, Fassbinder is the top of the heap as far as blocking goes, but Soderbergh makes the case for the other Steven in the following terms:

I value the ability to stage something well because when it’s done well its pleasures are huge, and most people don’t do it well, which indicates it must not be easy to master (it’s frightening how many opportunities there are to do something wrong in a sequence or a group of scenes. Minefields EVERYWHERE. Fincher said it: there’s potentially a hundred different ways to shoot something but at the end of the day there’s really only two, and one of them is wrong). Of course understanding story, character, and performance are crucial to directing well, but I operate under the theory a movie should work with the sound off, and under that theory, staging becomes paramount (the adjective, not the studio. although their logo DOES appear on the front of this…).

So I want you to watch this movie and think only about staging, how the shots are built and laid out, what the rules of movement are, what the cutting patterns are. See if you can reproduce the thought process that resulted in these choices by asking yourself: why was each shot—whether short or long—held for that exact length of time and placed in that order? Sounds like fun, right? It actually is. To me. Oh, and I’ve removed all sound and color from the film, apart from a score designed to aid you in your quest to just study the visual staging aspect. Wait, WHAT? HOW COULD YOU DO THIS? Well, I’m not saying I’m like, ALLOWED to do this, I’m just saying this is what I do when I try to learn about staging, and this filmmaker forgot more about staging by the time he made his first feature than I know to this day (for example, no matter how fast the cuts come, you always know exactly where you are—that’s high level visual math shit).

See for yourself at the link.