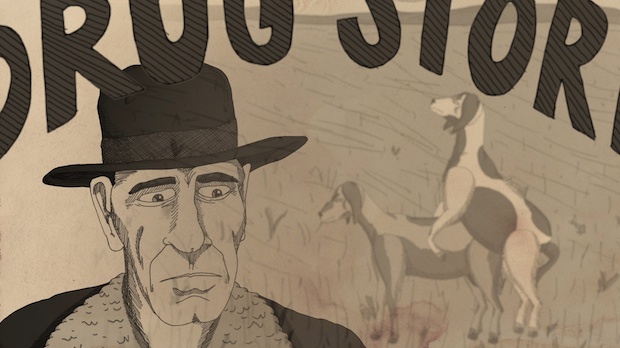 In addition to being adorable, overachieving independent filmmakers, we (Caitlin and Penny) are both single gals in various deserts of actual human interaction (Brooklyn and Central NY, respectively.) Thus, we rely on our phones and thumbs, through a mostly-unknown dating application called Tinder, to find “love” (or whatever). Here’s a first-date conversation we both get to have all the time:

Tinder Guy: “You’re an INDEPENDENT FILMMAKER??! That is so cool! Is that just like, a nonstop adventure of inspiration and creativity?” Uh, yeah; that’s exactly what it’s like.

1) Most of the time, you will not feel like you are “making a movie.” 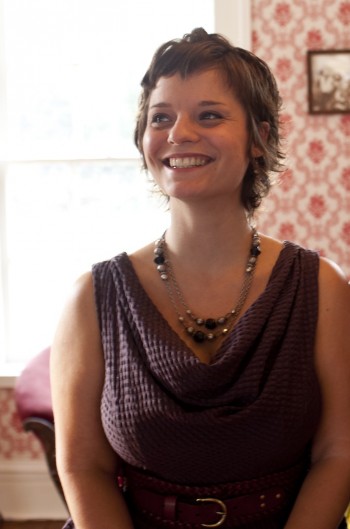 For the past two months, we have spent most of our time (that which was not committed to our actual, paying jobs) planning, creating, launching and promoting a Kickstarter campaign for the film we are making together (NUTS!). None of this feels exactly like “making a movie.” We are not shooting, not editing, not writing, not guzzling free booze in flouncy dresses at our premiere. It’s more like marketing, planning, fundraising, strategizing, sulking, feeling tired and so on.

Nobody we know dresses up for Halloween as “Sexy Documentary Filmmaker Who Just Got Rejected Her 15th Grant Application” (because that’s just Caitlin in her hasn’t-been-washed-since-February True/False hoodie and new Camden t-shirt that she’s worn for three days straight because she hasn’t showered or left her apartment).

This is not what Tinder Guy wants to hear about. He wants the sexy story that makes us sound like artistic Indiana Joneses, blowing the dust of a dozen generations off a book hidden under a possessed and/or booby-trapped statue of John R. Brinkley (and then getting some underling to make super hi-res scans of said book to use in that film that you’re spending all of your time “making”).  Our friend Tyler Measom said recently that every morning on his way to the office (the office that is a short, indoor walk from his bedroom), he says to himself, no matter what he is doing that day: “Time to make some movies!” We thought this was so smart that we started to do it, too. We think it’s working!

2) Your job is to stay in love with your film.

Tinder Guy may be excited about your movie (of course he is, because the spark in your eyes when you relay the details is likely irresistible, or at least we like to… um, believe it is?). But he won’t care so much when you’re agonizing over whether you made the right decision on where to premiere, or the social ramifications of firing your editor. No one will. Actually, nobody else really cares too much about your film at all.

Live with the fact that nobody cares about your films even 1% as much as you do, and that as soon as you give up, so does the whole rest of the world.

It’s not only important for your personal well-being to stay in love; it’s important to all the other people you’ve convinced to care about your film, especially if you’re managed to get them to work on it with you. You can’t fall out of love with your film, because then you will literally have nothing to offer all those people (because you probably won’t have any money to give them). You’re trading in love, people.

There will be moments when you hate your movie, and everyone else hates your movie, and you hate yourself for making a movie you hate. At this moment, it’s more important than ever to remind yourself what made you love this thing in the first place – what possessed you to give up years of your life in service to this story. You have to fight like hell to remain enchanted by your film, and you have to be ready to fight like hell for the film’s right to exist.

3) Each film is its own special goddamn unicorn.

Almost nothing you learn on this film will be useful on the next film (unless you’re making the same film over and over, which if you are, we feel so, so, so sorry for you).

Being “independent” means that you get to / have to do a lot of stuff… independently (that goes back to Point 1, where most of the work doesn’t feel like “making a film” exactly). It means you might need to learn another language (or the rules of football, which is basically another language), what to do if your subject calls you threatening to sue, or how to convert 4K scans at 18fps to HD ProRes videos at 23.98 without artifacting. All these random things you learn may not help you on the next film.

What you will take away is the confidence gained in crisis management. Each film will give you a new series of seemingly insurmountable obstacles to face, excruciatingly different from the obstacles that came, like so many flies, from that pile of garbage that made you tear your hair out on the last one. But as long as you still have a few strands of hair left and the wherewithal to remember that you did eventually climb out of that last pile of garbage, then you can ride this special goddamn unicorn up over the goddamn rainbow.

4) Sometimes you get lucky; don’t let it go to your head. 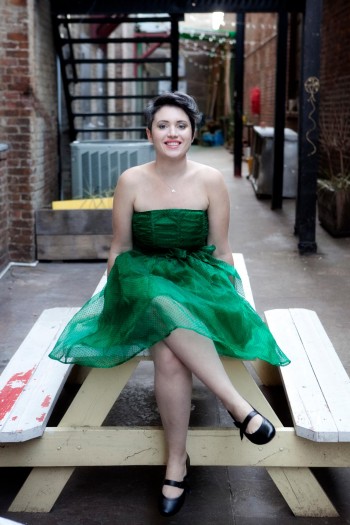 Failure and rejection are your most intimate friends. Get used to it. Get over yourself. Penny’s last film, Our Nixon, premiered at SXSW and closed New Directors/New Films and aired for something like 11 million people on CNN. This doesn’t mean that we have people banging down our door to throw money and accolades at us for NUTS! We’re not complaining, we’re doing just fine, thanks! We’re just saying that anyone who knows anything knows that there is some amount of luck involved with all of this, and that Oscar-winning filmmakers still get grant rejections.

Look, maybe Tinder Guy has heard of your last movie, and is suitably impressed. But he probably hasn’t. Tinder Guy, he probably doesn’t even watch movies, much less documentaries. You can tell him about your Cinema Eye nomination, but he will not be impressed. Our point is that some things that feel like a big deal to you really aren’t even that big a deal. So keep this in mind the next time things don’t go your way.

5) This shit is not for weenies.

It is much, much, much easier not to make films. You have to choose to do this, over and over and over. Penny tells her students the best thing they can learn is how to fool themselves that their great idea will be “easy, fun and fast,” because that’s what will convince you to say yes, and then to learn to cope when it’s none of those things.

This is why we drink. This is why alcohol is free at film festivals, partly in celebration but equally to blur the path that brought us to that happy day, so we’ll be foolhardy enough to do it again.

This is why at the moment, in the last days of our Kickstarter campaign, we are both horrendous company (although you should still ask us out: Caitlin will change out of her T/F hoodie and put on a dress; Penny will probably just hit you up for money, so maybe you should ask her out later).

At the end of the day, filmmakers already know this but sometimes we need to be reminded: nobody asked you to do this, nobody owes you a living, and nobody else much cares if you quit. You swiped right on this life.

And anyway, it beats digging ditches.

PENNY LANE was named one of Filmmaker Magazine’s “25 New Faces of Independent Film” in 2012. Her first feature documentary, OUR NIXON, premiered at SXSW in 2013 and was selected as Closing Night Film at New Directors/New Films. She is now in post-production on her new film, NUTS! THE BRINKLEY STORY. Recently, CAITLIN MAE BURKE joined the project. She is a Brooklyn based producer/co-producer of documentary features (including WE COULD BE KING and APPROACHING THE ELEPHANT), and narrative shorts. She also produces and directs non-fiction television. NUTS! is currently fundraising via Kickstarter until October 14th.