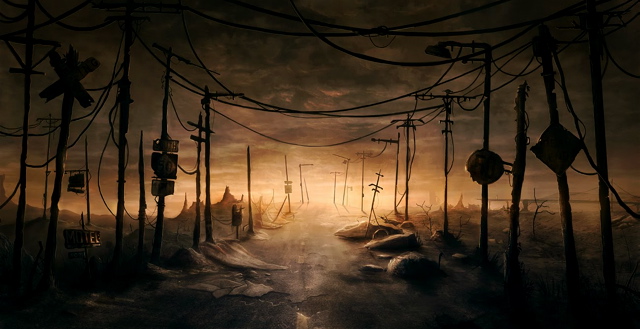 Writer/director Devin E. Haqq is currently on Kickstarter raising funds for his ambitious indie Shakespeare adaptation, Ambition’s Debt. Read his essay below on deciding to crowdfund, and consider supporting his project.


Night after night, I lose sleep, wracking my brain over this mad dash to reach an unbelievable goal on Kickstarter. With everything involved in this crowdfunding campaign for my feature project, Ambition’s Debt, an adaptation of William Shakespeare’s Julius Caesar, I find myself asking the same question; “What the hell was I thinking?” People say it’s a full-time job and it’s so intense, but you can never really know what they mean until you try it for yourself. The whole experience has been a roller coaster ride. I have been challenged and stretched in so many ways, doing things I never thought I was capable of: asking people for money.

When facing all the highs and lows that accompany this kind of venture, it’s very easy to fall into doubt and despair. When that happens, I find solace in remembering why I chose this path in the first place:

Do I really have something to say?

Yes! You are a storyteller. The story you have to tell may have been told before, but not by you. Not in the way you want to tell it. What you have to add to this narrative is something new and exciting. It’s your story to tell and it would not be told in this way if you did not exist to tell it.

With Ambition’s Debt, I’m looking to turn this convention upside down. It is Shakespeare meets Lars Von Trier meets Mad Max. Shooting in an open space, with minimal props, and the quasi-futuristic concept, my intention is to create a highly theatrical experience for the audience. That’s my contribution to the narrative: a fresh take on an old classic.

Is there an audience for my story?

It’s hard to feel confident about asking folks for money if you don’t have confidence in your idea. Ask yourself this question: “Is this something that I would spend money to see?” If the answer is yes, then it’s safe to assume that there are others, who will feel the same as you. At the end of the day, that’s all you need. In the case of Ambition’s Debt, it was a no brainer. After all, for 400 years, William Shakespeare has been the most produced dramatist in the world. There’s a reason why his stories are still being told. They are just as relevant today as they were during the Elizabethan era.

Yes, you’ve got to think about your audience, but if you’re not telling a story that you believe in, a story that you have passion for, then what is the point? I never want to find myself asking the question, “What is a popular idea that audiences want to see?” An idea conceived out of this way of thinking will never resonate with an audience, no matter how many popular ideas are crammed into it, because the heart won’t be present. People invest in stories that have heart, and that heart comes from the soul of the filmmakers telling the story. So you have to start with yourself.

That brings me to my next question…

Do I have passion for this idea?

This is non-negotiable. If you falter on this question, then pack up and go home. It’s a wrap. Without a burning passion for the subject matter, or the characters, or the language, there is no foundation to stand on. With a burning passion, you can build bridges to your dreams out of thin air. It’s the magical place where imagination meets action and the fuel for this exchange is passion. Without passion there will be no real follow through. Consider how long it takes to make most movies. We’re talking years of your life. Years of your life dedicated to a single idea. If that doesn’t require passion to see something to completion, I don’t know what does.

For me, my passion has always been heavily invested in the works of William Shakespeare. William Shakespeare and August Wilson changed my life. They are the reasons I chose this life in the theater. No matter what criticisms I receive about my choice of project, “Why Shakespeare?” “It’s so boring!” I will always be resolved, because I am operating from a place of true belief in the power of his words.

Am I surrounded by like-minded individuals? Or am I in this by myself?

Filmmaking, like the theatre, is a collaborative endeavor. You can’t go it alone. No matter how talented. No matter how much money you have. No matter whose nephew you are. Or where you went to school. Without a team of dedicated individuals, who believe as you believe, and are working with you to achieve the same vision, you’re kind of just an island.

It’s also worth noting that when you have a great idea, which you are truly passionate for, there will be no shortage of people, who want to go on the journey with you. It’s a great feeling to have people rally to your side and embrace your idea. It provides validation for your decision and comfort through the rough patches, that you will undoubtedly encounter.

I’m really fortunate to be working with an amazing group of collaborators on this project, many of whom I’ve worked with before on other projects. I’ve worked with a lot of the actors as well. Many of us have done plays or staged readings together, and some I’ve had the pleasure of directing. So there is a certain level of trust that already exists among us and we have an established short hand of communication to rely on. Larry Mitchell, for example, was in my first feature film project. For me, Larry is the kind of actor I always want to find a role for. If I had my way, Larry would play a role in every movie I make.

Some of the other actors (specifically the higher profile talent like Dan Butler and Pernell Walker) have never worked with me before. We are still getting to know each other, finding out how our styles match up. When we got together to workshop the script in late September, I remember looking around the table on the first day of rehearsal, thinking to myself, “Am I dreaming? How did I get these people in this room to work with me?” Perhaps they signed on because they were also excited about the idea. Maybe it was out of a love for William Shakespeare. I’d like to think that they were inspired by my passion for the project. Having Colman Domingo vouch for me didn’t hurt my cause, I’m sure.

Do I have a solid plan? A clear vision?

When I set out to make my first feature film, The Assassin, I could see every inch of that picture in my head. I knew where I would shoot the chase scene through the city. I knew where I wanted to film the payment scene. I knew which train stations were perfect for our needs. I had ideas about who to ask for certain favors, and where to go to get the best deals. Josh and I meticulously planned the execution of that production like Robert De Niro planned to take down scores in Heat.

As a result, no matter what went wrong… and things always go wrong; nothing ever goes to plan . . . we were always able to adapt and make due. Our plan was solid. We were organized, so we didn’t lose our sh#% when an actor didn’t show up, or the cops asked us to move along.

For my latest endeavor, the inspiration for the idea came from a clear notion of how I wanted to approach the production. My vision is to secure a large Industrial Warehouse/Factory type space, most likely in Brooklyn or Queens, and shoot the entire film inside this facility. The production design will be abstract expressionistic; think Dogville meets The Road Warrior, with a set that can be manipulated to represent the various locations of the story. Of course I still need to find this location. And the DP and I will have to figure out the lighting challenges, but a solid foundation is in place to build upon. I already have some really great ideas about how to schedule scenes and manage the calendar.

A clear vision also inspires the confidence of your crew and fellow collaborators. It’s infectious. Solid planning is a mark of great leadership. Without it, you end up with chaos and mayhem, stress and frustration. And no one needs that. It’s supposed to be fun. We’re playing make believe aren’t we?

Those of us, who tell these stories in the medium of film and stage, are the luckiest people on the planet. It’s a sacred calling that must be honored and never taken for granted. It’s a blessing to do what we do, and a gift that we give to the world.

Now, all of that is not to say that I have everything figured out; far from it. I am still learning on the job. If I had it to go back and do again, I’m sure I would approach this Kickstarter thing a little bit differently. Maybe I would make some different choices or do a little more research, but at the end of the day, I can answer the questions of my checklist in the affirmative… and that’s something. That is enough to keep me going. I know my idea is worthy the effort. It’s a story that only I can tell, in a way that is fresh and relevant. I’m passionate about the idea, and that passion has infected others, inspiring them to join me on the quest. My vision is unique and my planning is solid. So why feel doubt or despair?

Sometimes you just need to remind yourself how lucky you are to be doing something so freakin’ awesome! If it was easy, everyone would be doing it. It takes a special kind of courage to take on these impossible feats and attempt to build bridges to your dreams out of thin air.

If you would like to know more about our project, Ambition’s Debt, please visit the Kickstarter Campaign Home Page. Our campaign will end on Saturday, November 22nd at 2:45pm. We really could use your support to bring this amazing story to life.

During my years as a New York based professional actor I have devoted a lot of time and energy to developing my own projects. In 2007 I made my feature film directorial debut with THE ASSASSIN, which I co-wrote and produced with Josh Wick. THE ASSASSIN was an official selection of the IFP-NY Rough Cut Lab 2006 and played in several film festivals around the country, including the 2007 Urbanworld VIBE Film Festival, the 2008 Pan African Film Festival, and the 2008 Nashville Film Festival. In 2012, Josh and I collaborated again to make FRANCIS OF BROOKLYN, which won several awards during the 2012 – 2013 festival season, including Best Feature at the 2013 DIY Film Festival in Los Angeles.