“Enjoy the Ride”: Bang Gang Writer/Director Eva Husson on Female-Driven Stories, Teens and Social Media, and Learning How to Be a Director 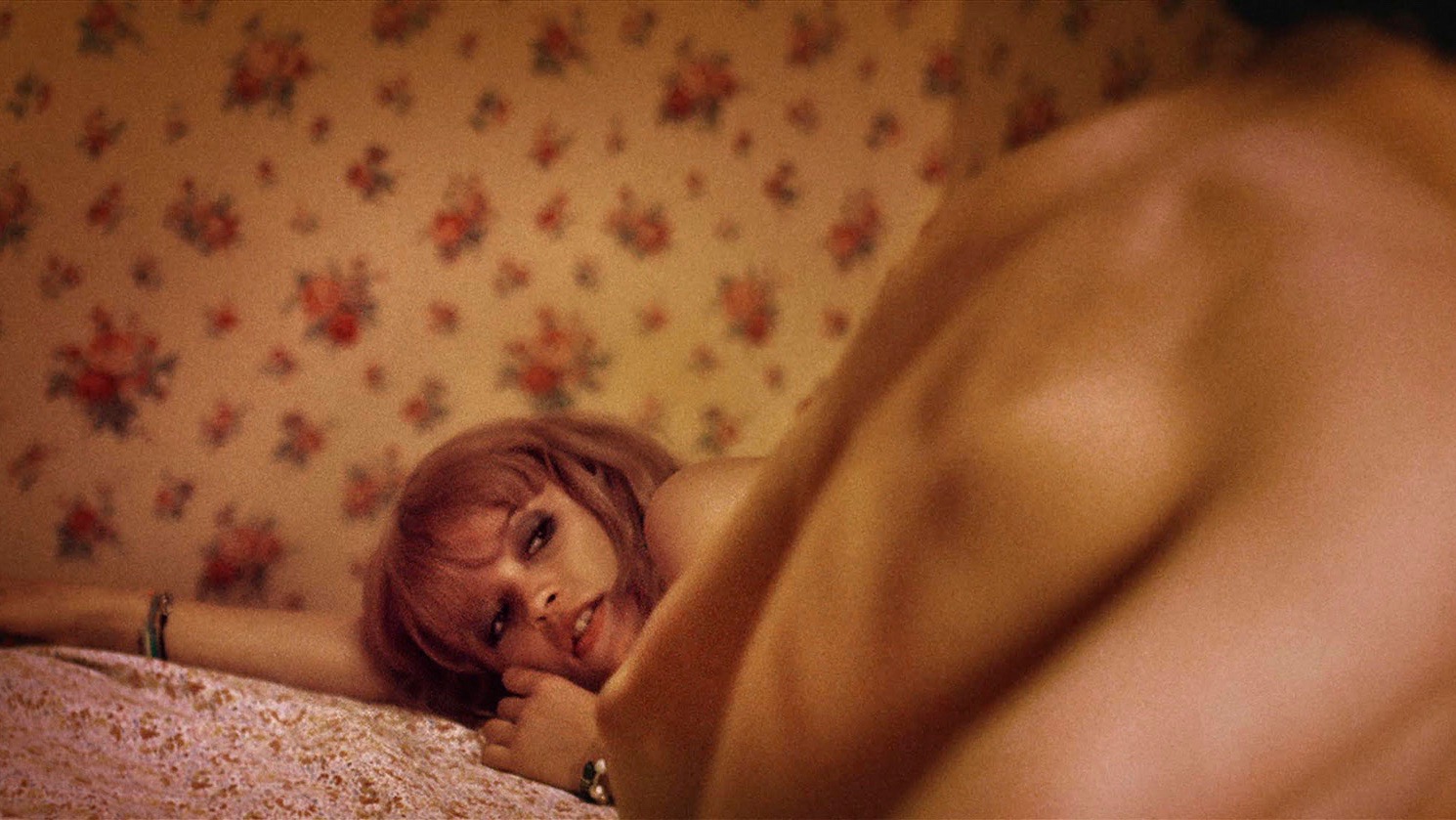 by Taylor Hess
in Directing, Directors, Interviews
on Jun 16, 2016

“Enjoy the ride,” said Eva Husson before she screened her first feature film in January at the Rotterdam International Film Festival. Roughly 100 minutes later, a stumbling crowd poured out of the cinema as if collectively descending a roller coaster exit ramp, vertigo subsiding with each stabilizing step.

Husson’s Bang Gang: A Modern Love Story , which opens in New York and Los Angeles on June 17 from Samuel Goldwyn, is about the sexual unleashing of French suburban teens and the boundaries that shape their relationships. An explosive score integrating electronic and classical music reverberates within the rhythm of the story, while the backdrop of an imposing heat wave and derailing train accidents frame accumulative tension between the characters. Though the driving force of the film has nothing to do with aerodynamics, an uncontrolled stir of velocity is the result, and the experience of the film is just as the director described — that of a ride.

Husson, who has lived between the U.S., France, Spain, England, and Puerto Rico, previously wrote, produced, and directed the 2004 short Hope to Die and the 2013 short Those for Whom It’s Always Complicated. On the evening of her Rotterdam premiere, the first-time feature filmmaker shared part of her journey leading up to the ride.

Filmmaker: The film has screened TIFF, London Film Festival, Rotterdam, Bafici and many festivals in France. Is the reception different at home, in France?

Husson: French audiences have a reputation for being tough; we look for the flaws even when we like something. So, I’m actually lucky in that the response has been overwhelmingly positive. My premiere was at one of the biggest theaters in Paris, which is where I had my first job as an usher. It was packed and the whole room was vibrating with the film. It was really moving for me. I did have a couple of hard screenings, including one in a mall with an audience of people who just walked in after grocery shopping and didn’t know what they were getting into. Some people don’t have the mindset for this movie, which is understandable, and for those people, the film is hard to receive.

Filmmaker: Is that hard for you, when people don’t receive it as you intended or hoped?

Husson: The movie is utterly subjective. I know that not everybody responds to it, and I’m okay with that. That’s the beauty of cinema — subjectivity. It’s not about wanting to be polarizing or anything. It’s just about using cinema as a medium to express my view of the world and to try and reach people who could be responsive.

Filmmaker: Did you expect a polarized reception because of the explicit sexual content?

Filmmaker: Because of social media?

Husson: When I was a teenager and trying to figure out who I was, I learned to build my identity from the inside to the outside. This generation has to do very strange gymnastics, building who they are while juggling with the endless representations of themselves, sort of like going from the outside to the inside. It’s a really difficult card to have been dealt. Part of my interest in the film was seeing how social media influences their reactions and how it impacts the relationships. How do you find your own limits when you are constantly pushing the limits of representation on Snapchat, Instagram, Facebook? You probably go too far, because you have the false sensation that what happens on your phone stays there. Remember, a couple of years ago, that South African PR woman who made a racist comment on Twitter before getting on a 12-hour flight? By the time she landed, she had been crucified on social media by an angry and heartless mob. Her tweet was unacceptable, but I can’t help but be appalled by the mob lynching. Teenagers today are growing up constantly having to filter their output and manage different representations of themselves. It’s such a tough job.

Filmmaker: How do you describe your character George, who’s the victim of a viral sex tape in the film?

Husson: I was really drawn to this female character who refused to be slut-shamed, to let a video ruin her future. I’ve had some questions from audiences about why she doesn’t suffer more, the way people in similar situations suffer. Even though there are people who don’t recover from cyber bullying, that’s not the story I chose to tell. Some people overcome it. There are so many assumptions about how women are expected to react and to behave.

Filmmaker: And those assumptions are often reinforced by the characters we see in movies.

Husson: I’ve recently been sent a stack of scripts — of the 39 stories, only nine have female protagonists, including romantic comedies with shared screen time between men and women, which leaves five stories about leading women. Out of these five, there are probably one or two with leading characters who are professionals. One is a scientist. And even that script is about the love affair she had. But I’m sure there are a lot of female (and male) writers out there who are interested in investigating the female psyche beyond the love affairs. We just need more women at the financing and film festival selection stages, and we’ll see them emerge.

Filmmaker: How was pitching Bang Gang to producers and financiers for you?

Husson: At first, it was difficult for a lot of people to imagine a film that was not going to be gloomy. Even though I had a look-book, people could only imagine Kids because it was the only reference they had. But Kids is so much bleaker. Luckily, I met my producer, Didar Domehri, who understood the script and got me right away. In terms of financing, there was some resistance at the beginning. I submitted the project three times to the French film commission and was rejected twice. The more you talk with producers and financiers, the more you realize that they have only five minutes of brain space for your movie because they have so much else going on. They need something simple to understand. So I simplified to make it an easier read.

Filmmaker: Do you think it’s more challenging for women to advocate for female-driven stories than it is for men?

Husson: Whenever a woman is perceived to be talking too much about herself or her ideas, people sometimes project a kind of arrogance back, as if what she has to say isn’t interesting or important enough. Women are just not expected to speak for themselves. In A Room of One’s Own, Virginia Woolf jokes that the only qualification for writing about women is to be male. Women are always challenged in situations where men aren’t. For me, as a filmmaker, it’s taken a long time to figure out how to behave, how to say no, and how to accept myself the way I am. Simone de Beauvoir once wrote that women are obliged to play at being what they aren’t, which brings them to the brink of neurosis. For a long time, I did exactly that.

Husson: On my first set, I was like a dictator. Some of my qualities are double-sided and I hadn’t yet learned a couple of social skills. I was very young, intense, and had no sense of diplomacy. A real treat! But I also really like people, so when my entire crew refused to show up for the last shot, it broke my heart. And as a woman, what did I do? I overcorrected. For a few years, I tried to be nice and erase my other traits. I’m a woman! I’m supposed to be nice! But, you don’t get anywhere as director if you’re just nice. So after a while, I let go of that imperative. I figured that if I was demanding, but respectful, and, hell, sometimes funny, maybe people would forgive my quirks.

Husson: Well, I’m still intense. I laugh a lot. I cry a lot too. Not in a manic way — more in a joyful/sensitive way. It took me a long time to just accept that and be open about it. For a while, I thought I’d end up crazy until I learned how to put most of it in the writing. I’ve now found stability in my life and am comfortable with who I am, but I’ll always be intense. There are two kinds of intense as a director — there’s bat-shit crazy intense like Werner Herzog, who spent years in a jungle shooting Fitzcarraldo, and then there are those who need stability in daily life in order to contain the intensity in their fictions, like Stanley Kubrick, who was such a low-key man in his domestic life. I think I’ve lived both kinds of intensity. Though it’s taken me a long time to figure out the balance, it just clicked when I met my husband. He makes me laugh a lot, waits patiently for the wave to calm when I cry, and always challenges me to go further, with kindness. I’ve come to surround myself with kind, challenging people, and that’s what I’m like now.