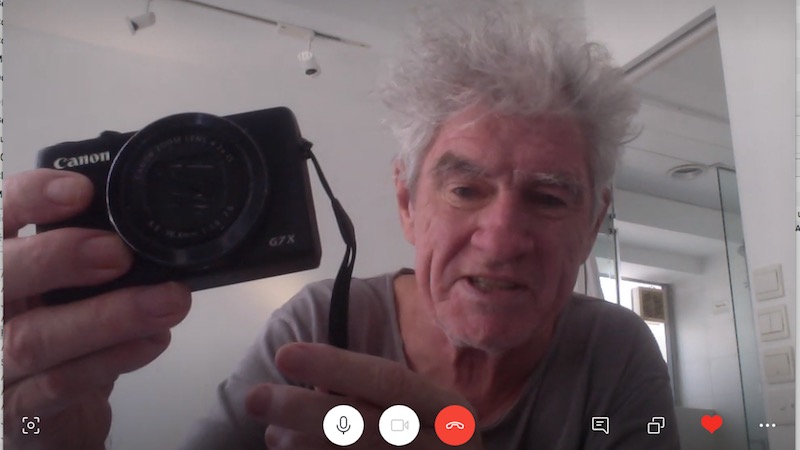 To rhyme with the year, I’ve expanded this year’s roundup of our most popular posts, as determined by Google Analytics, from 10 to 20. It’s full of both expected entries — our 25 New Faces scores highly every year — as well as a few surprises. It also shows the dominance of TV and streaming, or perhaps the ’20 decline in theatrical exhibition. So many of the articles on this list — which aren’t “a best of the year,” although many are indeed that — are the ones that intersected best with search analytics, caught viral waves, or rode along with films that captured viewers in this pandemic year. And those films were ones that found their viewers on streaming platforms. Nonetheless, the mixture here — pieces about filmmaking itself, cinematography, reactions to the pandemic, racial justice, and festivals — isn’t a bad sampling of what we cover regularly here at Filmmaker.

20. “We Had to Create Something Consistent Yet Genuine”: DP Quyen Tran on Palm Springs.

19. Black and Blue: the 35mm Colors of Uncut Gems and Star Wars.

In what’s becoming, with her recent piece on Mank and The Mandolorian, an ongoing series on the historical signifiers and emotional resonances expressed by film and video color spaces, Jessica Dunn Rovinelli, who’s both a filmmaker and a colorist, found nostalgic impulses in the 35mm looks of two very different films.

Another trend throughout this list: 35mm film. In the first interview Matt Mulcahey conducted once the lockdown orders commenced, our Shutter Angles columnist spoke to the DP of Derek Cianfrance’s HBO limited series about the complex shoot and its massive amounts of 35mm two-perf footage.

17. Why I Will Not Put My Film Online: A Filmmaker’s Response to COVID-19.

“I will only show my film to live audiences.” With all the articles about festivals going virtual during the pandemic, and the need for filmmakers to meet viewers where they are (i.e., at home), it’s natural that a counterargument would be well-read here at Filmmaker. Noel Lawrence was one of the fortunate ones in that he premiered his feature Sammy-Gate at Rotterdam in January. But once the pandemic hit, he decided not to continue his festival run and explains why in this piece.

16. Going Virtual in the Pandemic: CPHDOX 2020, The Digital Edition.

One step up in popularity is the other point-of-view, this time expressed by the organizers of CPH:DOX, who swiftly — and successfully —  pivoted to a virtual approach. Lauren Wissot learned how and why they did it.

15. “This is the Headline: ‘You Can’t Do It Alone. So Do It with People You Love'”: DP and Director Christopher Doyle on Filmmaking Amidst the Pandemic.

During the first month of the quarantine, Daniel Eagan reached out to six cinematographers to discuss their lives in lockdown. The whole package was well read, but Chris Doyle’s characteristic brio, which interlaced thoughts about filmmaking in China, censorship, and the future of film, was the standout. And it even worked in a Justin Timberlake joke.

14. The Imperative to Hire Black and POC Filmmakers within the Documentary Community: A Conversation with Brown Girls Doc Mafia  Founder Iyabo Boyd.

The dialogue around racial equity within the filmmaking world that occurred following the Black Lives Matter protests and murder of George Floyd, Breonna Taylor, Ahmaud Arbery and others was given real specificity in this interview with filmmaker and Brown Girls Doc Mafia founder Iyabo Boyd by documentary curator and impact producer Denae Peters.

13. The Low Down: Is Microbudget Production the Response to the Industry’s Devaluation of the Dramatic Feature Film?

Our Spring print issue contained a suite of articles about microbudget filmmaking in 2020, and its lead-off piece, by producer Mike Ryan, was equally well read online. In it, he argues that the economics of the streaming business make microbudget production the necessary vehicle for truly out-there cinematic visions. But it’s not all theory and analysis. The article also provides a handy breakdown of just how low microbudget can go given minimum wage laws.

12. “It Had to Show How We Rip Each Other Apart”: Galder Gaztelu-Urrutia on His Vertical Class-Warfare Netflix Dystopia The Platform

Released by Netflix on March 20, right at the start of the lockdowns, The Platform was early pandemic viewing. Carlos Aguilar got director Galder Gaztelu-Urrutia to go deep and even coaxed from the streamer some behind-the-scenes shots that help explain the picture’s ingenious production design.

11. “A Sequel to a Film that Doesn’t Exist”: Max Barbakow on Palm Springs

With its savvy presentation of a Groundhogs Day-type scenario, Max Barbakow’s Sundance hit nailed the quarantine zeitgeist. In this interview with Erik Luers, Barbakow is thoughtful, generous and humble in his breakdown of the film’s development process and the way in which it acknowledges its influences. And an anecdote at the end involving Steve McQueen offers one of the best descriptions of directing I’ve ever read.

With the Village Voice rebooted, although under worrisome new management, the upcoming 2021 edition of Mike D’Angelo’s forensic reconstruction of the weekly’s celebrated critic’s poll might be our last. We’ll see. In the meantime, our “Village Voice” poll was the tenth most read piece of the year.

You’d think that a policy change impacting the sizable number of film productions happening in the state of New York would garner some industry press. Not so with New York’s trimming of its generous film tax credit, and perhaps that’s because the even bigger change — a new minimum budget requirement — disproportionally affects the kind of independent productions we cover more heavily here at Filmmaker. In any case, my article detailing the changes was the first anywhere and the ninth most-read piece of the year.

8. “I Don’t Have the Prosthetics Team Sacha Baron Cohen Does”: John Wilson on his HBO Show, How To with John Wilson

The success of John Wilson’s truly original HBO Max series, How To with John Wilson, was a cable bright spot this Fall. Vadim Rizov’s interview with Wilson, in which Wilson explains the organizing principles of his show, was a traffic-getter, as was our 25 New Face profile of Wilson from back in 2016.

7. “The Concept Stemmed from Loneliness”: Writer, Director and Star James Sweeney on His Romantic Comedy Straight Up.

James Sweeney’s indie romantic comedy was released by Strand February 28 — before the quarantine proper but just as we were beginning to elbow-bump and wipe down menus as we sat in restaurants. Its theatrical gross was modest, but when it appeared on Netflix several months later, my Q&A with the emotionally honest Sweeney attracted readers. Significantly, Straight Up wears its microbudget status with pride, making it the second piece on this list specifically dealing with penurious production.

We don’t do as many gear pieces as we used to, and that’s something I’d like to correct in 2020. (If you’re interested in writing about gear for us, drop me a line.) Joey Daoud offered a very thorough rundown of the ATEM Mini Pro from Blackmagic that told readers all they need to know about this new device, which enables live streaming.

A new adaptation of Stephen King’s work of plague horror, The Stand, is currently streaming on CBS All Access, but for his Focal Points column, Jim Hemphill spoke to Mick Garris about his four-night, six-hour 1994 version for ABC. Garris spoke in great detail about managing a long shoot, directing actors, his coverage choices and more.

Our annual survey of new talent always scores highly, as it did this year.

Another annual feature that does well is Vadim Rizov’s roundup of theatrical releases that originated in 35mm film. Again, something of a trend here. Whereas this magazine used to attract readers by covering the miniDV shooting of the late ’90s, and then the DSLR revolution, and finally the world of larger-sensor cameras like the ALEXA, now we seem to be a go-to for those rediscovering the beauty of celluloid origination.

Peter Rinaldi’s podcast, where he talks to actors directly and honestly about “the work,” has really settled into a beautiful groove, especially as the actors who appear on the show reveal themselves to be listeners of the series and ready to talk craft. There were so many great listens this year — Justine Lupe, Aubrey Plaza and Ruth Wilson were three recent favorites of mine — but the episode featuring one of the stars of Hulu’s Normal People completely took off.

Sex and online go together, and at Filmmaker this year a hit was this interview about “a celebration of sex-positive, p*rn-positive, queer-friendly culture as explored by p*rn performers, scientists, and sex educators in their own work.” The surge of traffic landing on this piece was obviously boosted by the smart approaches as well as the savvy and durable SEO of the two women — Jennifer Lyon Bell and Stoya — who talked with Lauren Wissot about an Amsterdam event, viewable also online, organized by Bell’s Blue Artichoke Films about erotica in the cinema. (A topic that is an unexpected Twitter debate as I type these words at the end of 2020.)

Thanks to all of 2020’s writers, interview subjects and readers!