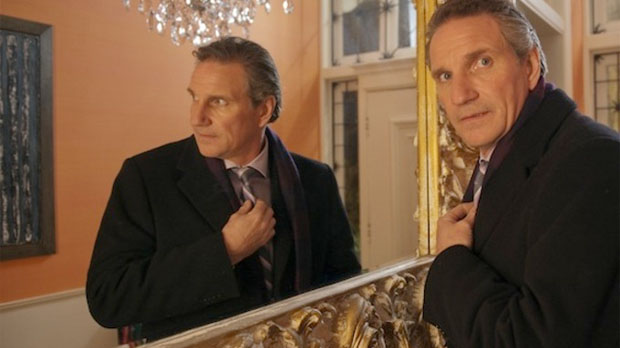 Chiefly known for his Hollywood output, which includes films such as Robocop, Basic Instinct, Total Recall and Showgirls, Paul Verhoeven is part of a distinguished lineage of European expats who have made the dream factory great. But the latest project from Verhoeven is the furthest thing from Hollywood one could possibly imagine. This manifests itself not so much in stylistic terms — Tricked (Steekspel) is in fact a soap opera of a comedy — as in the film’s creative process, which saw it being openly crowd-scripted by whomever wanted to contribute. After the first five minutes had been written, the screenplay was posted online where contribution from the public was encouraged in order to fashion a user-generated movie. In Verhoeven’s remarkably well-crafted and likeable film, real estate mogul Remco (Peter Blok) has a weak spot for extramarital affairs, and a wife who is apparently not very concerned about it as long as her husband does not father a new baby outside of their marriage. But that is precisely what seems to have happened when his former secretary turns up at his birthday party pregnant. As if things were not complicated enough, Wim, his fellow shareholder, has been plotting a takeover behind his back and has apparently found a potential buyer, as well as an (almost) perfect blackmail. A serrated rhythm accompanied by a convincing cast makes for a simple but utterly enjoyable viewing experience whose peculiar history only adds to the little wonder this new Verhoeven film is. Screened at the Rome Film Festival alongside the featurette Paul’s Experience, detailing the making of the film, Tricked reveals a director comfortable working on opposite ends of the filmmaking spectrum. Filmmaker spoke with the Dutch director about how this odd and fascinating little film came about.

Filmmaker: Your new film has a peculiar production history, can you tell us more about how the idea came about and how it developed?

Verhoeven: It didn’t start with me, it started with the producers whose idea was to create what they call a user-generated movie based on the involvement of the public in the creative process. We started with a five minute-long script, the opening sequence of the film; we shared it with the public and asked for contributions to the script. The five initial minutes were already strewn with riddles regarding the characters and their true (or false) stances. I then selected and supervised the editing of all the scripts we received (around 700 for a total of 3000 pages) which was a very laborious process. I thought we would get one or two good scripts, and that was it. I was wrong; there was a lot of structuring to do because the ideas, random dialogues and situations were very interesting but inconsequential, so I had to pick and reorder all the interesting bits here and there. The scripts we actually ended up using were around 50, so although the original material wasn’t ours (mine and the screenwriter’s) our own input and direction was very much part of the final script. We did this for each five minutes of the story repeated seven times till we had the final version.

Filmmaker: What would you say are the main differences between the work of a professional screenwriter and that of a non-professional?

Verhoeven: As I was mentioning before, the ideas were extremely random. You would have loads of explosions and people getting killed, which of course did not have a place in our story. There was no order whatsoever, no beginning nor end. Our own work on all that material was essential for the sake of clarity, structure and storytelling. 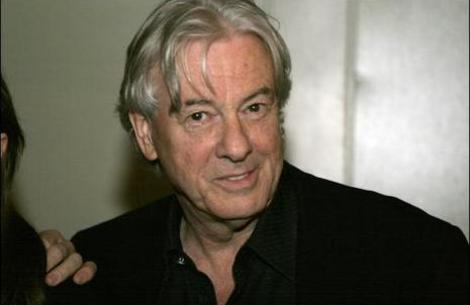 Filmmaker: This process you just described is the exact opposite of Hollywood — how was your creativity affected by it? Is there still a way to get your vision through within the Hollywood format?

Verhoeven: You’re absolutely right. Almost everything I have ever done in Hollywood was commissioned to me, I did not write it. When I went to the US to do Robocop, the script was already on the table, it was there before me. I did of course work on it but my own contribution would amount to maybe 5% of the total, no more. While on this project, which was not originally mine either, my contribution is in the order of 50 or 60%. In Hollywood it’s completely different, the film is devised by the studios which come to you with already a star in it, as in the case of Total Recall which was proposed to me with Arnold [Schwarzenegger] already as the main protagonist, there was no “Let’s get Colin Farrell instead.” It’s all laid out, the influence of the financial backers is enormous while in Europe the director’s vision is much more taken into account; it has a certain prominence within the production of a movie. In the States it’s more like you come in, they tell you what they want and you deliver. The only way to get your own vision through is to also be the producer of your films, like Spielberg, for instance. And coming back to the second part of your question, no there is very little space for your own creativity, at least for me. If I want to do something then I do that in Europe, like I did for my last film, Black Book. All of the projects I have tried to develop in Hollywood, they fell through. The movies I made there, which are around six or seven, were all things they wanted me to do; when I tried something like Crusade… ultimately it was never made.

Filmmaker: Was your directing affected by this “new method” you adopted in Tricked?

Verhoeven: I think it was a bigger issue for the actors than it was for me for the simple reason that they didn’t know where it was going. On my part, I just tried to be convincing enough and acted as if I knew, which of course I didn’t. The overall experience was very enjoyable though; the actors were very open to the possibilities this peculiar process implied. They of course had a lot of freedom and they exploited it, they contributed with new dialogue and the shooting was a very pleasant one, for everyone.

Filmmaker: Are you currently working on a new project? What are your plans for the future?

Verhoeven: I’m working on an American project. It’s now written, and it’s called Rogue, a noir about a rogue cop, drug cartels, etc. I’m having some problems with the funding because in this film the hero dies and when that is the case it’s not easy to find money. I’m also preparing a European movie to be shot in Indonesia, called Hidden Force. It’s about a promiscuous woman, politics, the rise of political Islam and occult, paranormal things happening…maybe. It could be real as well as unreal… It’s all set in Indonesia in the 19th century, it’s a very interesting project.