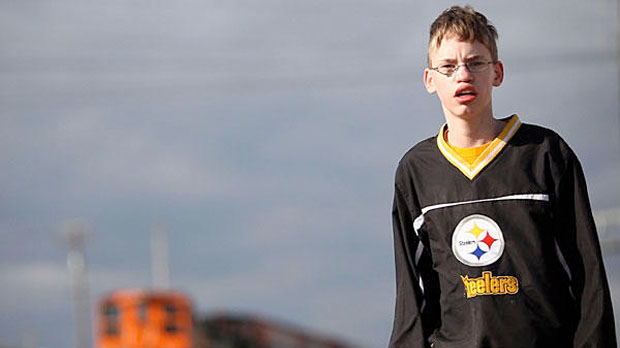 by Sarah Salovaara
in Directing, Directors, Filmmaking, Interviews
on Feb 12, 2013

Far more insidious than strep or the flu, Lee Hirsch’s Bully investigates a different sort of contagion infiltrating classrooms across the country. Centering on the South and Midwest — Georgia, Iowa, Texas, Mississippi, and Oklahoma — Hirsch and his crew peer into the lives of families and children that are dismantled and uprooted by relentless acts of bullying. While most surrender to the cyclical ostracizing, downplaying the shame before their parents and superiors, others seek solace in suicidal measures. Following its premiere at the 2011 Tribeca Film Festival, Bully shocked and educated audiences with its frank portrayal of the ramifications of what some might deem tomfoolery. To coincide with the film’s DVD release on February 12, Hirsch spoke with Filmmaker about his point of entry with the families, school boards, and bullying itself.

Filmmaker: The film examines bullying through a spectrum of characters, from the vanquished to the retaliators, but veers away from the aggressors. Was it a conscious choice to forgo the bullies for the bullied?

Hirsch: For me, the voice of this film came pretty early on; the stories of the kids and families dealing with bullying on such an immediate and tragic level had so much dramatic urgency that it was clear theirs was the only voice this film would carry. Having been bullied, perhaps it was easier for me to tell a story I understood as well, I suppose I also felt that “aggressors or bullies” already had a loud enough voice in this world.

Filmmaker: How did you go about selecting and approaching your subjects? Some, given the severity of the cases, made headlines, but how did you seek out the others, and how did you gain the families’ trust?

Hirsch: A big part of it was getting access. Once we had found and built this relationship with Sioux City, Iowa’s school district and school board, and they allowed us to film there, that dictated other things. Certainly, Alex’s story came out of being able to be in that school. That was just a breakthrough. The other stories came through research, lots of Google news alerts and great producing from my whole team. Once a family agreed to meet and consider participating, I would never film them on the first day. We would meet and break bread. I shared my story and why I was making the film, and then I really asked them to choose if they wanted to participate. With the kids especially I did not look at them as subjects for the film, but rather partners in telling this story.

The exception was filming the Smalleys, whom I met on the morning they buried their son. I was terrified to film. The family had resolved to participate. When I arrived, Kirk asked me what I needed and I said, “Please wear this microphone.” No other words where exchanged until after the funeral. He took off the mic, handed it to me and said, “Hurry up, tell this story before more kids die.”

Filmmaker: At various points, the film exposes the negligence of school administrations when it comes to protecting their students. What was your relationship like with the administrators during filming?

Hirsch: We have a really great relationship with Sioux City and their school district. They’ve been incredible, and they’ve stood by this film. After its completion and before its release, we had a free community screening and 1,600 people attended, a lot of kids from the film and community along with educators and administrators were there, including Kim Lockwood, who’s portrayed in the film. I think it’s been really difficult for her. I think she’s been deeply affected. At the same time, she had the courage to stand in front of the community, after the screening, and apologize. We worked hard at our relationship before, after and during production, and it certainly had its challenges. They showed a huge amount of courage to allow this film to be made and embrace it as an opportunity to gain a deeper insight into what is and isn’t working. That’s the kind of transformation that this film can achieve. It can get folks that have been at this for a while, maybe without a lot of training, or perhaps old entrenched thinking such as “Boys will be boys” to see it anew, to re-evaluate where they stand and roll up their sleeves and do the real transformational work of figuring out how to do a better job. Our goal now is to build powerful tools to help that process.

Filmmaker: Was there a particular event, or chain of events, that drove you to make this film? Speak about your cause for action.

Hirsch: I was bullied as a kid, so the emotional landscape is something that I carried. It’s an idea I had in my back pocket for a long time and would pick it up and put it away — it took me a long time to be emotionally ready. As a filmmaker, I wanted to use my storytelling ability to give a voice to those kids and try to make a difference. As we started looking at making a film, my producer and I realized how much tragedy and heartbreak there was. You start to notice something when you’re really thinking about it. More than anything, that cemented our will do to the film.

Filmmaker: When dealing with a topic like this, there is no clear, cookie-cutter ending to be had. When are you confident you have the right footage and when can you put the camera down?

Hirsch: For us it was about filming over the course of one school year. For many months we had no idea if the stories we where filming would actually arc… if we would have a film. A lot happened in the final weeks, especially with Alex’s story and ultimately I felt a ton of hope when we filmed with him on the last day of school. We did go back to production when we learned that the families were planning the rallies that conclude the film. It was beautiful and helped end the film with the right charge, although I got blasted by a juror at the Zurich Film Festival who said, “We loved your film but we hated the fucking balloons — so American.”

What’s interesting about our story is that the real work began when we put the camera down. Today more and more documentary filmmakers are choosing or being compelled as a condition of funding to create outreach campaigns for their films. For us it was a clear choice and we now have an amazing full-time team working on the effort. To date we have raised the finances and facilitated over 250,000 kids and 10,000 educators who have gone to see Bully in theaters at no cost, and that work continues!