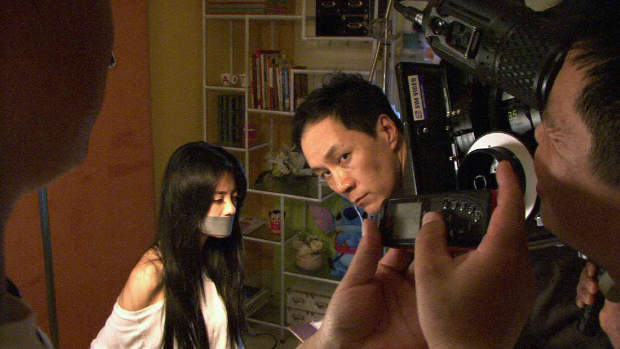 by David Licata
in Directing, Directors, Filmmaking, Interviews
on May 1, 2013

Screenwriter George Richards wrote Case Sensitive as “an American thriller with American actors for an American audience.” Director Gil Kofman (The Memory Thief) brought the script to producer Seth Scher, who had connections to a Chinese investor who was making films for the Chinese market. The film was greenlit and Kofman, who does not speak Chinese, traveled to Xiamen, China, to direct his second narrative feature. Soon afterward his friend, documentary filmmaker Tanner King Barklow, joined him and began documenting Kofman’s travails as he tried to navigate a colossal language barrier, bureaucracy, corruption, and cultural differences.

Unmade in China opens at Cinema Village in New York City on May 3.

Filmmaker: I’m always curious about films made by two directors, the division of labor, how decisions get made, how differences of opinion are resolved. Can you tell us a little bit about what it was like with Unmade in China?

Kofman: So much of the film was forged in the same cauldron of despair and misery that this misery also had a hand in shaping our mutual aesthetic. Moreover, Tanner and I have a similar sense of humor, and that goes a long way. Surprisingly, we hardly ever disagreed, or eventually one of us came around. In fact, we’ve just locked actors for a film we’re both directing in Tel Aviv that Tanner wrote called The White City.

Filmmaker: At what point did it occur to you that there was a documentary to be made about Gil’s efforts to direct a thriller in China?

Barklow: The moment Gil said he was directing a film, in Chinese, which he doesn’t speak, I knew it would be a disaster and that I should be there every step of the way. Gil, who rightfully took his job seriously, refused to let me tag along.

Cut to a month later, Gil was in China doing preproduction and he would Skype me from his hotel room. On one occasion, some snow blew into the room behind him (it was winter). When I mentioned that he must have left a window open, he laughed and said, “Oh, my towel fell out,” then turned the camera to the corner of his room where there was a hole in the wall. As I watched him jam a bath towel into the hole in the hotel room wall, it confirmed to me that I had to go. 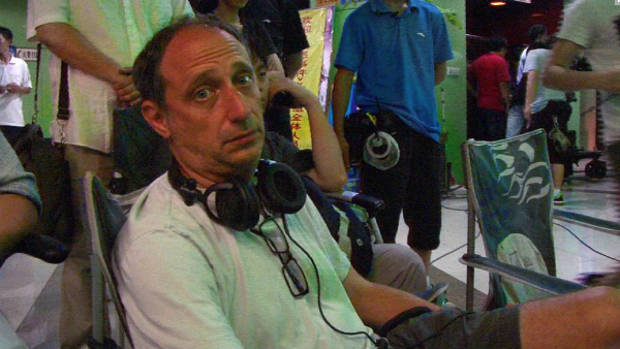 Filmmaker: There is a nice irony in Unmade in China: it is about one director’s lack of control of his production and the compromises he must endure to make his film. At the same time the documentary seems to be very uncompromising. Was there outside pressure on you to shoot or not shoot certain things as you were documenting the making of Gil’s film?

Kofman: We had to always be circumspect while filming. That got wearying after a while, and eventually induced a heightened paranoia and vigilance.

Filmmaker: Tanner captures that paranoia, and some anger, too, but overall, it seems like you kept it together pretty well, considering. How did you manage to leave production with your sanity intact? If in fact you did?

Kofman: Pre-production was toughest. I was a frog dropped into boiling water, no gradual increments of acclimatization here. Expectations were constantly subverted. I often considered abandoning the endeavor entirely, but once we started filming, the chaos of production reverted control back to me. As long as I kept on schedule and the dailies looked good, I was allowed to run the ship. That doesn’t mean there weren’t a million surprises each day, but at least we were working now. And as you know, sanity is relative; soon you start to think that the lunacy surrounding you is normal. [laughs] One other thing, there was always a new misfortune to distract you from the last.

Filmmaker: Toward the end of Unmade in China a Chinese proverb is used: “One joy scatters a hundred griefs.” Does this mean you’d be willing to suffer the griefs of making a film in China once more? What needs to happen before you would take on such a project again?

Kofman: Reincarnation! But seriously. I ended up loving my d.p. and sound and grips. Incredibly devoted and talented. All the people on the ground floor were awesome. If I could bring them here that would be amazing. Going there, with the system I was exposed to, is not an option.