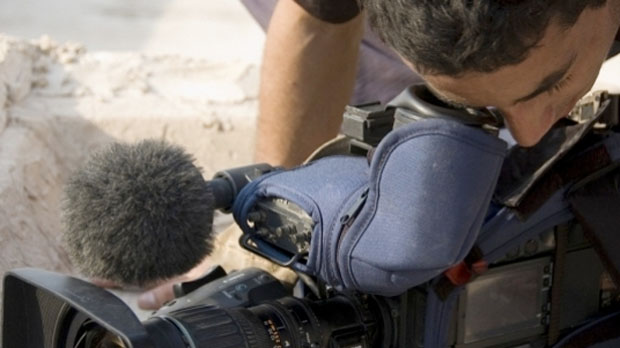 by Lauren Wissot
in Directing, Filmmaking
on Jun 11, 2013

Documentary, Fake It So Real, The Invisible War

Recently, I was on a panel at the Little Rock Film Festival titled “Cinematic Nonfiction: Not Your Parents’ Documentary Film.” As our moderator Robert Greene, the director of Fake It So Real, and I waxed rhapsodic over the state of nonfiction filmmaking in Denmark, I realized that my own doc philosophy has evolved over the years – as I’ve noticed more and more that Americans lag behind much of the world when it comes to quality doc-making. While a lot of nonfiction aficionados like to chalk up this disparity to generous government subsidies in Europe, the problem actually lies much deeper than we’d like to admit, in general approach rather than in funding (or lack thereof). To paraphrase something Danish documentarian Eva Mulvad (The Good Life) once explained to me – and that I’ve been quoting ever since – American filmmakers tend to be addicted to talking heads, and the British obsessed with social issues. Whereas the Danish don’t even separate “fact” from fiction – the film school teaching one technique that applies to both narrative and nonfiction. The result is a country that simply produces great cinematic stories rather than movies that dully lecture or gratingly preach.

So with this in mind I’ve compiled a list of top five tips I wish every doc-maker would take to heart.

1) Talking heads should be used as spice – not as the whole meal. Unless your protagonist is Slavoj Žižek or Speed Levitch-level entrancing, your characters’ spoken words are probably what’s most riveting. So show us images onscreen that are equally fascinating, that will add to those words and broaden our understanding (rather than merely giving a visual repeat of what we’re already hearing).

2) Dispense with narcissism. For the activist doc-maker, realize that an “important issue” is important – to you. Universalize and personalize so that your film can reach beyond the converted. (The Invisible War is a deft example of doing so. Why should I, a civilian, care about rape in the military, when there are so many other issues closer to my experience? Because, according to Kirby Dick’s exceptional film, these rapists who get off scot-free eventually return to civilian life – and into my and your metaphorical backyard.)

3) Just like with fiction work, the directing must serve the story. This means that if your subject is a punk rock band, for example, the filmmaking should be equally “punk rock.” (See tip number one.) The style should give us an entire sensory feel for the subject or subjects. It’s not enough to point and shoot – and expect your characters to do your job for you.

4) Realize that doc-making has entered the mainstream. Michael Moore discovered decades ago that the more you entertain, the more eyes and ears – and hearts and minds – your message will reach. View your film as competing against the latest Hollywood blockbuster, not the latest TED Talk.

5) With this in mind, know your market. Theatrical release has long been regarded as the holy grail – yet most docs just can’t fill a 21st-century screen. Better to be big on the small screen than small on the big screen. (Not to mention the small screen is where the future is at.)