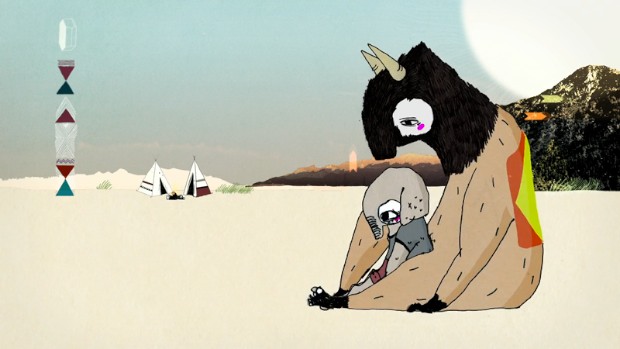 In 2012 we relaunched our website with the new design by Area 17 you’re staring at now, created an iPad edition and dramatically upped the quantity of our web content. A number of these are still works-in-progress; the site will see continued improvements and tweaks; the iPad edition will be enhanced each issue with original video content; and, by Spring all print subscribers should receive the iPad edition free. So, as we march into 2013, we take our annual look back at what — at least from the POV of Google Analytics — stood out on the site these past 12 months. Here are the top 12 posts of 2012.

1. 25 New Faces of 2012. No surprise here — our annual 25 New Faces list was by far the most visited content on the site. And that’s despite a server crash that occurred within minutes of publishing the list and which continued throughout that day and the next. I had just hit “send” on the press release when the calls came in from an agent friend. “Scott, people here at the agency are freaking out, the pages aren’t loading!” “I know, I know, we’re working on it…” Rest assured we’ve been examining our hosting so that this doesn’t happen next year. One added irony: when we ported over our old site to the new design, our 25 New Faces splash page didn’t make the transition. We’re at work now on rebuilding it. And who was the filmmaker whose profile within the 25 got the most views? British-born, Brooklyn-residing animator Julia Pott, whose Belly is pictured above. Read Nick Dawson’s profile of her here.

2. Damon Russell, Snow on Tha Bluff. This is astonishing. Damon Russell made our 25 New Faces list in 2011 with his camcorder-based mixture of doc and drug-dealer mythologizing, Snow on Tha Bluff. The film barely squeaked into theaters before heading to Netflix, where it has become an underground classic. Brandon Harris’s interview with Russell was our number 2 most visited article of the year, and it continues to appear in our daily top ten.

3. 10 Tips on Shooting Low-Budget Movies from SXSW. I’ve resisted the listicle, those Buzzfeed-style pieces organized around numbered lists. But I’m also not fond of panel coverage, so I thought I’d combine my two dislikes into one piece — and was surprised when it turned out very well. Reporting on a panel of cinematographers at SXSW, I distilled their talk into ten tips on low-budget shooting, and it was our number three post of the year. Here’s a sample:

Lenses are the new emulsion. [DP Clay] Lifford remembered the days of celluloid, when low-budget filmmakers struggled to graduate from short ends and recans to shooting with more homogenous batches of stock. Now, DSLR shooting has brought with it a similar mentality. Said the Gayby d.p., “It used to be stock that you’d want from the same batch, and now it’s lenses.” Raval echoed Lifford, commenting on the differences in character and feel between lenses from different manufacturers and eras. For Sunset Stories (pictured above), Raval says he was “lucky enough to get a lens set” of Nikon prime still lenses to use with his Canon 5D.

4. Abel Ferrara: 10 Lessons on Filmmaking. For us, Ariston Anderson is the queen of the director interview as listicle. Last year’s “Ten Lessons on Filmmaker from Terry Gilliam” continues to rank for us while her 2012 version with Abel Ferrara moved into our number four spot. In both cases, the directors are opinionated and with long careers to back up their outsider wisdom. Here’s Ferrara:

Stay away from the factory.

“You don’t have to be a genius to figure out what the deal is in Hollywood. Hollywood is a factory town. It always was a factory town. And you know the idea of a director who makes the kind of films I wanted to make, they just don’t make them.

5. 7 Overlooked Films of 2011. Anthony Kaufman’s list of seven overlooked films from 2011 was our fifth most read online piece of the year. While films like Putty Hill and Cold Weather made the list, the 27 comments — a lot for us — mostly debated two filmmakers who regularly bring out the haters and proclaimers: Joe Swanberg and Miranda July.

6. Good Things in Smaller Packages: Large Sensor Motion Picture Cameras, a Year Later. David Leitner’s articles on new camera and editing technology have an evergreen quality; exhaustive, opinionated and informative, they remain relevant long after their cameras hit the shelves of B&H. Here, written just before NAB but updated to include information released there, Leitner looks at the latest round of large-format cameras from Canon, Sony, Arri, and Panasonic.

7. Ira Glass on the Strange Life of the Producer. This video interview I did with This American Life‘s Ira Glass about producing Sleepwalk with Me is both hilarious and painfully true. In fact, it’s hilarious because it’s painfully true. I sent this to most of my producer friends, and all of them both laughed and winced at its accurate take on the producing business. Watch it here.

8. 15 Steps to Take After You Finish Your Script. An email from a reader prompted this piece of screenwriter advice-as-listicle. The reader told me that he had worked primarily in micro-budget and had just finished a script that needed more support. What should he do? That prompted this list of 15 possible next steps. The best thing about this article? The comments section — many readers and colleagues weighed in with their thoughts. Here is one of my tips:

Hire the right person to schedule and budget the script. Take particular note of the third and fourth words of the preceding sentence. Whatever you imagine the budget to be, hire a line producer or UPM familiar with that budget range and, if it’s a seven or eight-figure budget, one that’s acceptable to the completion bond company you’ll ultimately need. If you don’t know how to identify this person, ask a producer you do know or even a bond company for a recommendation. If you think your film will be made on a micro budget, hire someone who has actually made a film for that budget. And if you do the latter, don’t just say thanks once you get the budget back. Sit down with that person and find out what you need to do and what connections you’ll have to make to reel in the people and gear budgeted for at below-market rates.

9. Canon 5D Mark III: Does More, Costs More. New on the site this year is Michael Murie’s column, “The Week in Cameras.” The Alexa aside, this post demonstrates our independent community’s continued interest in the DSLR form factor. Murie assessed what was upgraded in this camera and what wasn’t a few days after its announcement.

10. Reactions to the Canon C100. “Canon went and shrunk the C300!” was Michael Murie’s lede to his report on the new C100 camera from Canon, which retails at about half the price of the C300. In addition to reporting on its various specs, Murie went out and got reactions from a number of DPs on the announcement.

11. First Impressions: Stephen Garrett on Crafting a Winning Trailer. Technology is reshaping all aspects of film marketing and distribution, but one legacy form has proved surprisingly resilient: the movie trailer. Wrote Stephen Garrett:

“It’s only two minutes long. But it’s the way a film greets the world. For a self-distributor, it can mean getting 100,000 hits on YouTube within a week. For indie filmmakers trying to make an impression, it’s a chance to have their no-budget D.I.Y. movies stand shoulder-to-shoulder with The Hobbit and Avatar 2 on iTunes. And it has a long shelf life; years after a theatrical release is over, it will be one of the first things to pop up on a Google word search.

The humble movie trailer, once a delightful distraction seen only by punctual film goers exclusively in movie houses, is now the principal way most movies get exposure and remain in the public conscience. And as long as there is a computer and an Internet connection, it can be watched anytime, anywhere, indefinitely. Along with the movie poster, it is arguably the most important marketing tool available to a filmmaker.

Garrett cuts trailers for a living, and in this piece from our Winter, 2012 print issue he divulges tricks from the trade so you can make yours better.

12. Unusual Camera Moves with the Alexa M. Rounding out our list is Michael Murie’s post about radical ways to operate the ARRI Alexa M.

Runner-up post: With about 150 reactions, I think David Leitner’s full-throated defense of Final Cut Pro X would have made this list… if it hadn’t been published on the first week of the new site, when the analytics weren’t re-installed.

Finally, just a reminder, our holiday sale continues until December 31. Print subscriptions are discounted to $10 and our digital Bluetoad PDF edition is discounted too. If you subscribe to either you’ll be eligible for a number of great film-related gifts. (Check them out here.) Please note the iPad edition is a separate product and not part of the promotion. But, come Spring, print subscribers should be able to download the iPad edition as part of their subscription. If you’ve thought about subscribing to Filmmaker, now’s the time. We only do this once a year.